Rabat - The sounds of gunshots and panic being reported brought first responders to the famous Notre Dame cathedral in Paris earlier Tuesday. 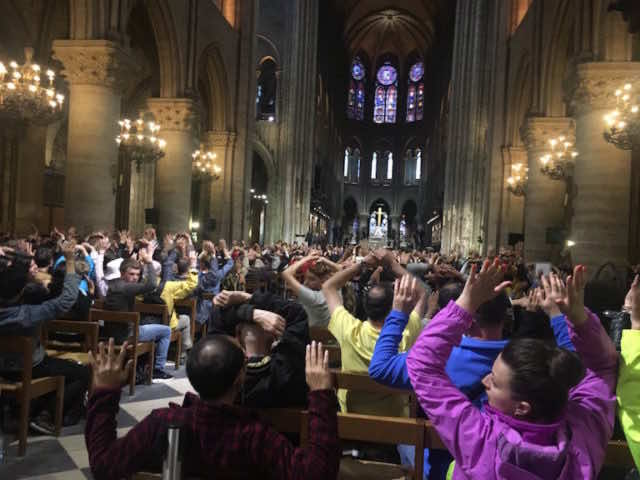 By
Constance Renton
-
Constance graduated from the Television and Radio Broadcasting Program at Canadore College in 1983.
Jun 6, 2017
Spread the love

Rabat – The sounds of gunshots and panic being reported brought first responders to the famous Notre Dame cathedral in Paris earlier Tuesday.

Responding to reports of gunfire and mass panic at the site of the famed Notre Dame cathedral in Paris, police arrived on scene to find a single male suspect attacking a police officer with a hammer, shouting “This is for Syria.”

Earlier having been reported shot dead by police, the suspect is, in fact, alive and in hospital after sustaining a gunshot wound to the chest from police.

According to French Interior Minister, Gerard Collomb, the perpetrator was carrying Algerian student identification as well as a selection of kitchen knives when apprehended.

Throngs of tourists outside the cathedral fled on foot, while hundreds of people remained in lockdown inside the edifice. In a strange turn of events, former White House Deputy National Secretary Adviser, Nancy Soderberg, was one of those locked inside the church. She tweeted a photo from inside as the events outside unfolded.

Locked inside #notre dame cathedral in #paris while police investigate attack outside against a policeman. All calm pic.twitter.com/Z4B8wUzPTV

As of this report, the area is still cordoned off until further notice but police have opened a formal terrorist investigation on the incident.

France is part of a US-led coalition in Syria. More than once, they have conducted air strikes against militants as part of that commitment.

France has been in a state of emergency since a terror attack in 2015 left 130 people dead.

This is breaking news and will be updated as soon as soon details are presented. 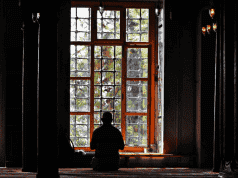 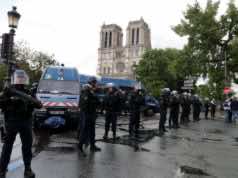