Rabat - Twenty-six booksellers on the outskirts of Marrakech’s old city face eviction for the sixth time in 40 years. 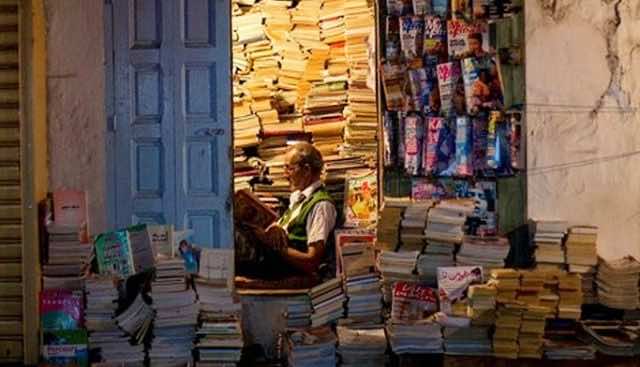 Rabat – Twenty-six booksellers on the outskirts of Marrakech’s old city face eviction for the sixth time in 40 years.

Authorities intend to replace the booksellers’ current location in the Bab Doukkala souk with a public garden, a move that has angered local residents. Fettah Belkharchi labelled the plan “hogra”, a word that describes an abuse of power and is often used in anti-government protests.

Once based in the popular Jmaa El Fna square, the booksellers were moved ten years ago so that food sellers could take their place.

Bassam Aqdad, a bookseller who took over his father’s shop, said that the authorities only wanted tourist attractions in the area, “like snake charmers and belly dancers.”

Aqdad continued that, since the square is recognised as a UNESCO World Heritage site, “we are just as much a part of the square as everything else that remains there.”

Currently housed in the Bab Doukkala square on the edges of the old town, Reuters reported that the line of shops resembles a “shanty town.”

While the booksellers have created groups to support each other, like the “Association of Awareness”, Addad says the authorities “don’t want anyone defending booksellers here.”

Officials from the Ministry of Interior and local Marrakech officials have declined to comment.