Rabat - A group of more than 130 British Imams have refused to offer Islamic burials to the three attackers who struck the London Bridge area last Saturday, killing seven and wounding 48. 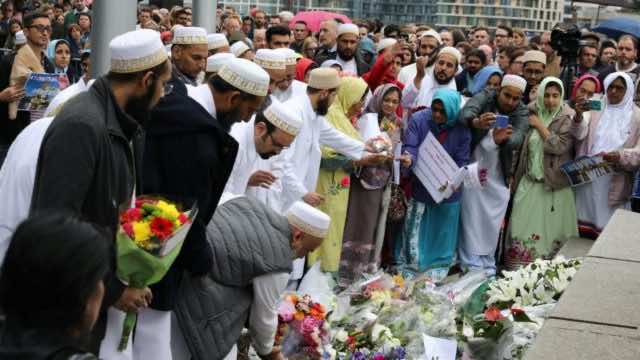 Rabat – A group of more than 130 British Imams have refused to offer Islamic burials to the three attackers who struck the London Bridge area last Saturday, killing seven and wounding 48.

In a video released by Al Jazeera, British Muslims are speaking out against extremism, calling the killings “Un-Islamic.” One such man, Arif Ur-Rehman, calls all terrorist perpetrators “enemies of Islam.”

“They’re reading the Qu’ran,” Rehman says, “and they’re practicing Islam and they are saying this ‘We are doing it [for Islam].’ I believe they are not Muslim.”

According to the Muslim Council of Britain, more than 2 million Muslims live and work in the United Kingdom. Following three deadly attacks in as many months, many Muslim community leaders are finding their voice and urging fellow Muslims and the government to do the same.

Saying they have “a wider role to play” in the issue of youth radicalization, QariAsim, the Imam of Leeds Mosque, says their first responsibility is vigilance and “reporting whenever we see an indication of extremism. But at the same time, I think we need to perhaps dig a bit deep and find out what the fact is.”

The crux of the issue lies in what he calls “the root causes.” These causes need to be dealt with, Qari says, “to ensure that not one more life is lost on our soil.”

For the Chairman of the London Fatwa Council, Mohammad Yazdani Raza, it’s a matter of standing united against an enemy working to divide the UK as a collective community.

The video ends with the image of a group of Muslim women holding signs with the hashtags “#turntolove” and “#forlondon.”