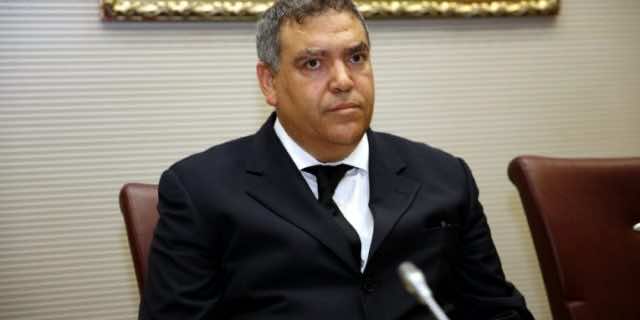 Rabat – Minister of Interior Abdelouafi Laftit has rejected protesters’ claims regarding the “militarization” of Al Hoceima, explained that the decree which declared the area a military zone in 1958 was abolished a year later in 1959.

During the sixth oral questions and answer session at the House of Representatives, Laftit discussed the royal decree, which has been heavily criticized throughout the seven months of protests in the Rif.

“The militarization decree was put into action only for one year, and this was superseded by another decree in 1959 related to the division of administrations,” said Laftit.

The minister reiterated what government spokesperson Mustapha El Khalfi said in May. El Khalfi had questioned the legitimacy of a military presence in Al Hoceima, saying that the decree does not rest on a legal basis.

Laftit went on to add that the government can not do anything about a law which does not even “exist,” calling on protesters to give authorities more time to respond to their demands.

“The government has no ‘magic wand’ to implement the approved projects all at once,” said the minister. He questioned protesters’ calls for more demonstrations, since, he said, the government had promised to fulfill their demands as soon as it can.

Members of the Authenticity and Modernity Party (PAM) asked why the implementation of Manarat Al Moutawasit project launched by King Mohammed VI in 2015 was delayed.

In response, Laftit said “Despite the delay of these projects, the government is doing its utmost to get grip on this delay so they can be ready by 2019.”

Several parliament members criticized what they called the government’s “security approach.” These members demanded that Al Hoceima protest detainees should be released, adding that the Rif issue “has begun to take international dimensions, which can be exploited by the country’s opponents.”

Laftit, however, denied that the government has taken a security approach against Al Hoceima protesters, saying that no one had been arrested in the Rif during the first seven months of protests. “Arrests started only when religious rituals were obstructed in a mosque in Al Hoceima,” said Laftit.

The minister affirmed that there has been no security approach, but instead a participatory approach, intended to develop the region and respond to the “legitimate demands” of the population.

Laftit added that there are several people who are “exploiting the situation” with the intent to cause “further unrest.”

Al Hoceima protests started as a reaction to the death of Mouchine Fikri, the local fish vendor who was fatally crushed in a trash compactor while attempting to retrieve merchandise discarded by authorities. Since then, tensions between the government and protesters have increased.

For months, protests have been held in the Rif region calling for social and economic improvements.

Protesters have demanded the construction of hospitals, higher education institutions, and the end of what they call the “militarization” of the region, as well as the implementation of job opportunities, something important in a region known for  its high cancer and unemployment rates.