Rabat - The Moroccan government is reviewing more than 20 bilateral agreements as well as several bills approving international texts relating to the integration of Morocco into the African Union. 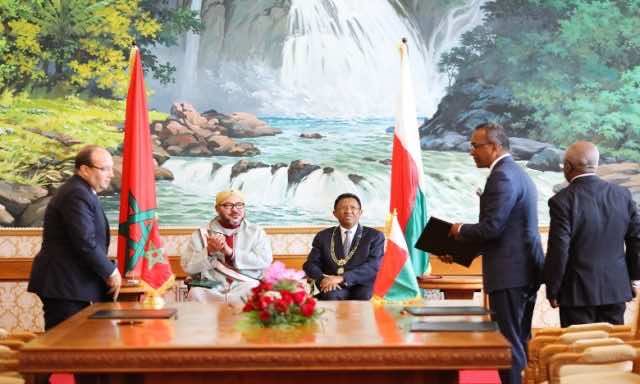 Rabat – The Moroccan government is reviewing more than 20 bilateral agreements as well as several bills approving international texts relating to the integration of Morocco into the African Union.

The Executive is examining agreements signed during the last royal visits to several African countries before their integration into the adoption circuit.

Several draft texts and agreements were recently disseminated to members of the government for consideration prior to their implementation.

The 20 bilateral agreements signed last year by Morocco with Nigeria, Madagascar, Rwanda, Southern Sudan, Ghana, Zambia, and Ethiopia have finally appeared before the General Secretariat of the Government (SGG), paving the way for their eventual adoption.

These agreements set the general framework for cooperation and relate to the promotion of trade, the encouragement and reciprocal protection of investments, the elimination of double taxation, the prevention of tax evasion and air transport services.

Memoranda of Understanding on cooperation in the field of agriculture and maritime fisheries are also being reviewed.

Morocco’s approach in setting up its South-South cooperation is highlighted by the different agreements signed with these different partners.

These agreements will ensure a better legal framework for trade and investment through secure bilateral agreements. At the same time, they will make use of the agricultural, fisheries and phosphate expertise within the framework of the Memorandum of Understanding.

The Governing Council also discussed a series of agreements on strengthening Morocco’s institutional integration into the African Union.

The bills approving these agreements are also being studied by the SGG.