Rabat - Deep in the earth at the Jebel Irhoud (100 km  west of Marrakech), scientists have discovered a 300,000-year-old human fossil shaking accepted theories of where and when our species evolved. Zoom on the details.

By
Constance Renton
-
Constance graduated from the Television and Radio Broadcasting Program at Canadore College in 1983.
Jun 7, 2017
Spread the love

Rabat – Deep in the earth at the Jebel Irhoud (100 km  west of Marrakech), scientists have discovered a 300,000-year-old human fossil shaking accepted theories of where and when our species evolved. Zoom on the details.

An international research team led by the Max Planck Institute for Evolutionary Anthropology (Germany) and the Moroccan Institute for Archaeology and Heritage (INSAP) uncovered fossil bones of Homo sapiens along with stone tools and animal bones at Jebel Irhoud, Morocco

Previous to this discovery, scientists agreed that Homo sapiens evolved in a small region around Ethiopia or East Africa. Similar blades to the Jebel Irhoud discovery have been found all across Africa, leaving scientists to ponder who made them for decades.

“We used to think that there was a cradle of mankind 200 thousand years ago in east Africa, but our new data reveal that Homo sapiens spread across the entire African continent around 300 thousand years ago. Long before the out-of-Africa dispersal of Homo sapiens, there was dispersal within Africa,” says Jean-Jacques Hublin, Head of research team.

Marta Mirazon Lahr, paleoanthropologist at the University of Cambridge, calls the Jebel Irhoud site a “fabulous finding,” adding that “We have found no other place like it.”

“The findings are dated to about 300 thousand years ago and represent the oldest securely dated fossil evidence of our own species. This date is 100 thousand years earlier than the previous oldest Homo sapiens fossils”, announced the German Institute on wednesday in a communiqué.

The fossils were found in deposits containing animal bones showing evidence of having been hunted, with the most frequent species being gazelle. The stone tools associated with these fossils belong to the Middle Stone Age.

Faces you could meet on the train

“They are not just like us,” said Jean-Jacques Hublin, one of the scientists reporting the find, cited by AP. But they had “basically the face you could meet on the train in New York,” he added.

“This finding suggest that modern human facial morphology was established early on in the history of our species, and that brain shape, and possibly brain function, evolved within the Homo sapiens lineage,” says Philipp Gunz, another team member.

The Jebel Irhoud Homo sapiens were much like us in appearance, with flat, wide faces, small chins and heavy brows. When it comes to their brains, however, the differences are marked. The current human brain possesses a pleasant round shape. Jebel Irhoud’s brain was long and low.

This leads to the most fascinating discovery of the Jebel Irhoud fossil finds, the flint blades. The flints discovered were found to have originated some 20 miles away from the Jebel Irhoud site. This offers proof that early Homo sapiens were further spread out in Africa than had first been thought.

But how has this discovery come? In 1961 Moroccan miners discovered a complete adult mandible at Jebel Irhoud. At that time, scientists thought the 1961 fossils fragments were only 40,000 years old.

More bones and flint blades were unearthed in future digs leading paleoanthropologist, Jean-Jacques Hublin, to conclude in the 1980’s that “… it did not make sense.” He decided to accelerate the investigation.

Deeper excavations continued from 2004 uncovering a trove of fossils and flint blades, all located together on the same level of sediment, indicating they existed together, at the same time.

Using a scientific method called thermos-luminescence, the blades were discovered to be 300,000 years old, ergo making the human fossils the same age.

Finally the mandibule has been re-examined by paleoanthropologists and discovered to be approximately 300,000 years old.

Today’s Homo sapiens developed from a common ancestor over six million years ago. Splits occurred over the thousands of millennia and humankind diverged into several species called hominins.

Further examination of the Jebel Irhoud discovery has revealed the fossils belong to our line of hominin, Homo sapiens. 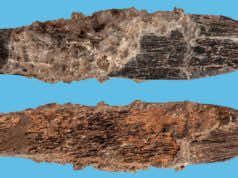 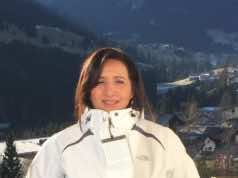