Rabat - US President Donald Trump’s response to the terrorist attacks in Iran has been denounced by Tehran as “repugnant.” 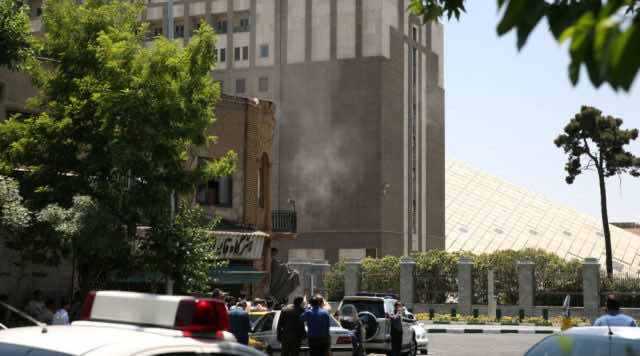 Rabat – US President Donald Trump’s response to the terrorist attacks in Iran has been denounced by Tehran as “repugnant.”

On Wednesday, armed attackers targeted both the Parliament and the mausoleum of Ayatollah Ruhollah Khomeini in Tehran. More than 50 people were wounded and at least 13 have died. At least six of the attackers were killed and five others had been taken into custody.

Following the twin attacks, the White House issued a brief statement that offered sympathy and criticism while accusing Iran of supporting terror.

The text of the statement reads: “We grieve and pray for the innocent victims of the terrorist attacks in Iran and for the Iranian people, who are going through such challenging times.” The statement concludes: “We underscore that states that sponsor terrorism risk falling victim to the evil they promote.”

That statement came after the Iranian Revolutionary Guard blamed the US and Saudi leaders for the attack. In a statement, the Revolutionary Guard said that Saudi Arabia was responsible for the actions carried out by the Sunni jihadist group and referenced the recent meeting between Trump and Gulf Arab leaders during which Saudi Arabia called for a tougher stance against Iran.

During his recent trip to Saudi Arabia, Trump also called for a harder line against Iran advocating for the isolation of the country which he said had “fueled the fires of sectarian conflict and terror.”

Despite these remarks, Iranian backed forces are fighting alongside the US-led coalition against Daesh in Iraq.

The flurry of accusations heightened tensions in the Middle East between Sunni and Shia countries and deepened regional divides that were already at a high point after several Arab nations broke ties with Qatar on Monday.

Heightened tensions were likely to aim of Daesh who was quick to take credit for the attack and released video footage of the gunmen’s assault on parliament suggesting that the attacks were centrally planned.