Yesterday, Forbes released their yearly list of the world’s highest paid athletes. The list took into account both the player’s earnings and bonuses for on-field production and off-the-field endorsements.

Ronaldo crowned the list, with USD 93 million in total earnings, USD 58 million alone from his latest contract with his club.

LeBron James came in second, making USD 86 million with USD 55 million in endorsements. His second-place ranking comes on the heels of his new three-year contract, making him the highest paid player in the NBA and only the third one in history to make more than USD 30 million in one season.

After Messi the list saw a severe drop-off, with tenth-ranked Lewis Hamilton, Formula 1 driver, making USD 46 million, less than half of what Ronaldo earned.

The list overall featured nine sports in total, with baseball, boxing, and mixed martial arts all having athletes on the list that did not make the top ten. Basketball led this list, with 32 athletes making it onto the rankings. 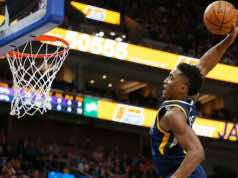