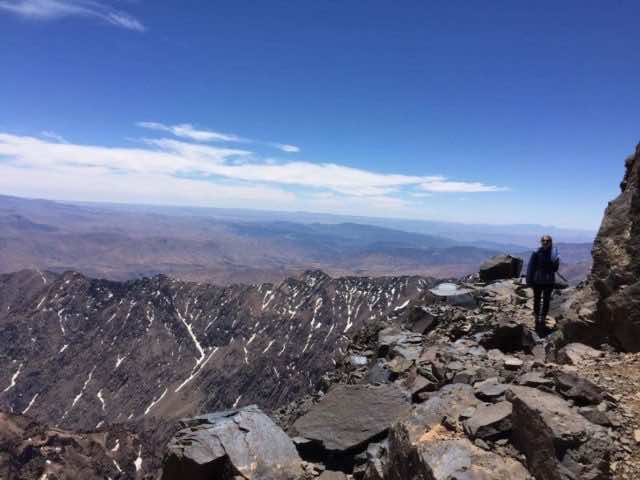 Rabat – After living in the Maghreb for almost four months, we had one weekend left, and we wanted to make the most of it. Our female pack of 6 squeezed into a manual VW Jetta, and drove south, towards Toubkal National Park. We, with our windbreakers, Nikes and naïve enthusiasm, were going to hike the tallest mountain in North Africa. We left on a Thursday, and expected to return 2 days later, refreshed and invigorated.

After collectively figuring out the stick shift, we joked about the power of our “united feminine force”. We didn’t know how often we’d invoke this self-ascribed power over the next few days. 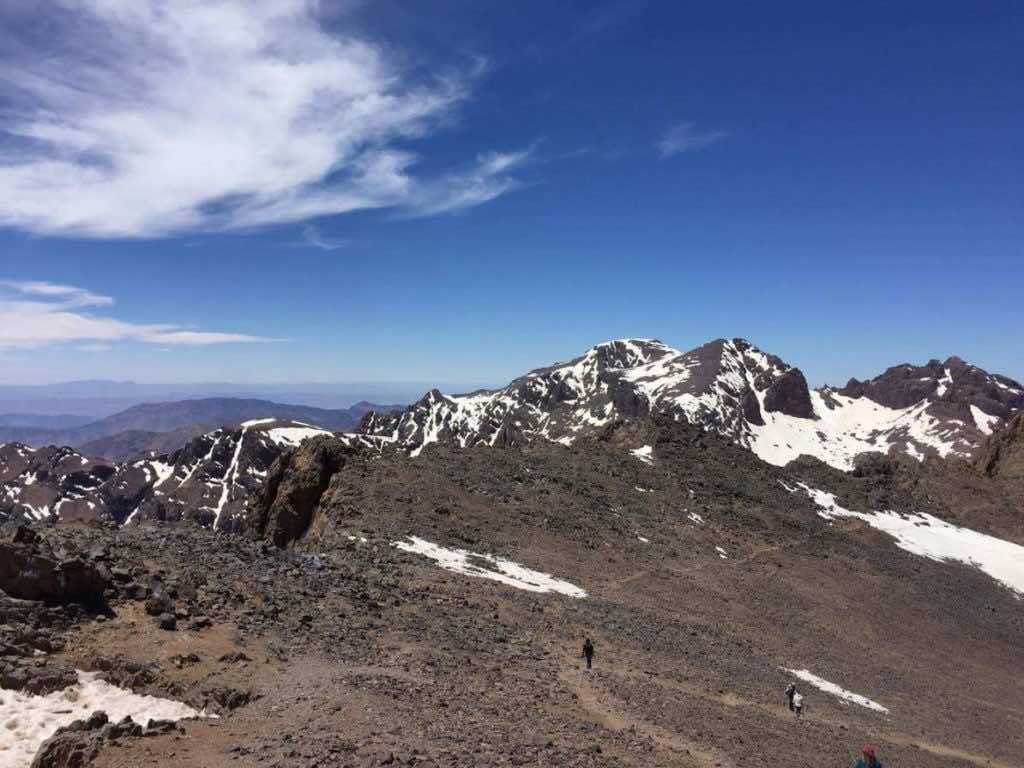 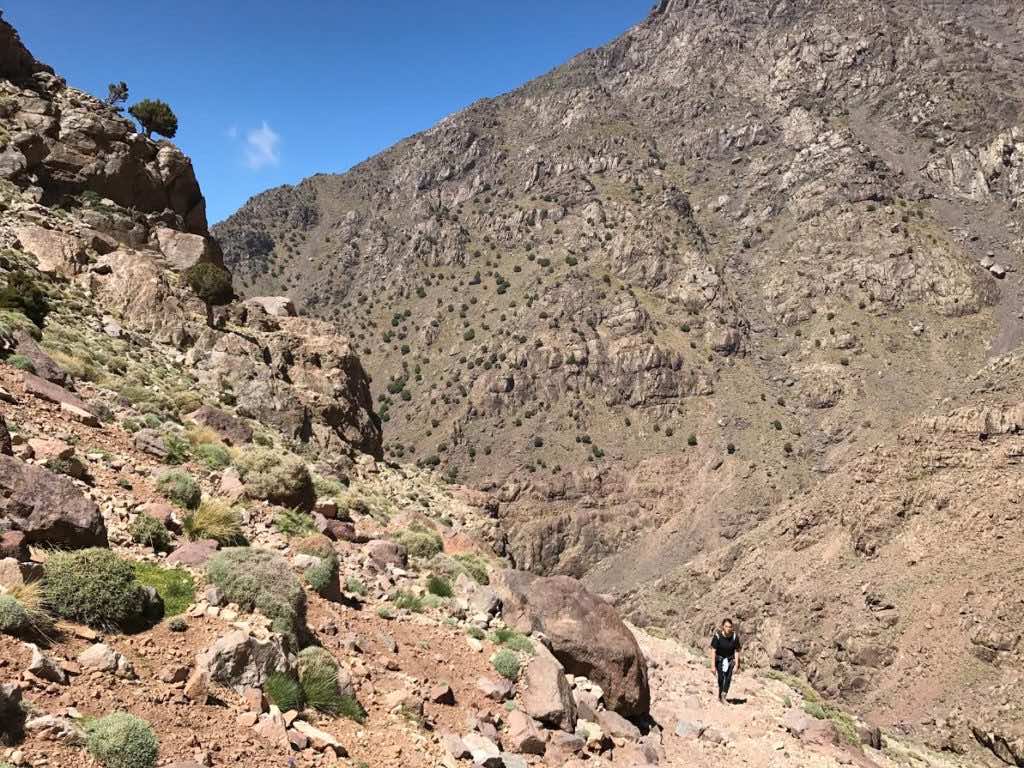 It began to get dark once we passed Marrakech, and only the driver and I were awake by the time we reached the mountains. As we climbed, each turn was blinder, and each gear jolt louder. I wondered for the first time if we had bitten off more than we could chew.

It was almost 2am by the time we reach Imlil, a small village at the base of the National Park, so we opted for a later wake-up call, and fell into fleece-blanketed beds. It was colder than we thought it would be.

The next morning, we planned our trek over instant coffee and khobz. We’d make it halfway up Toubkal the fist day, and summit and return the next. On our way out, our hostel owner looked quizzically at our worn-out sneakers and convinced us to invest in crampons, strap-on spikes that keep shoes secure in ice and snow. While skeptical we’d need them, we clipped the detachable footwear onto our backpacks, and set out.

We ran into trouble within the first hour: the cool air and steep incline had triggered a group member’s asthma. As we felt we had time to spare, we decided to slow the pace. As we took breaks under the shade of jagged stone, and sipped cool orange juice made fresh at wobbly, cliff-side stands, we could see Toubkal’s white peak in the distance. We reached the Refuge, a bare-bones camp planted 1,000 feet beneath the summit, 7 hours later. 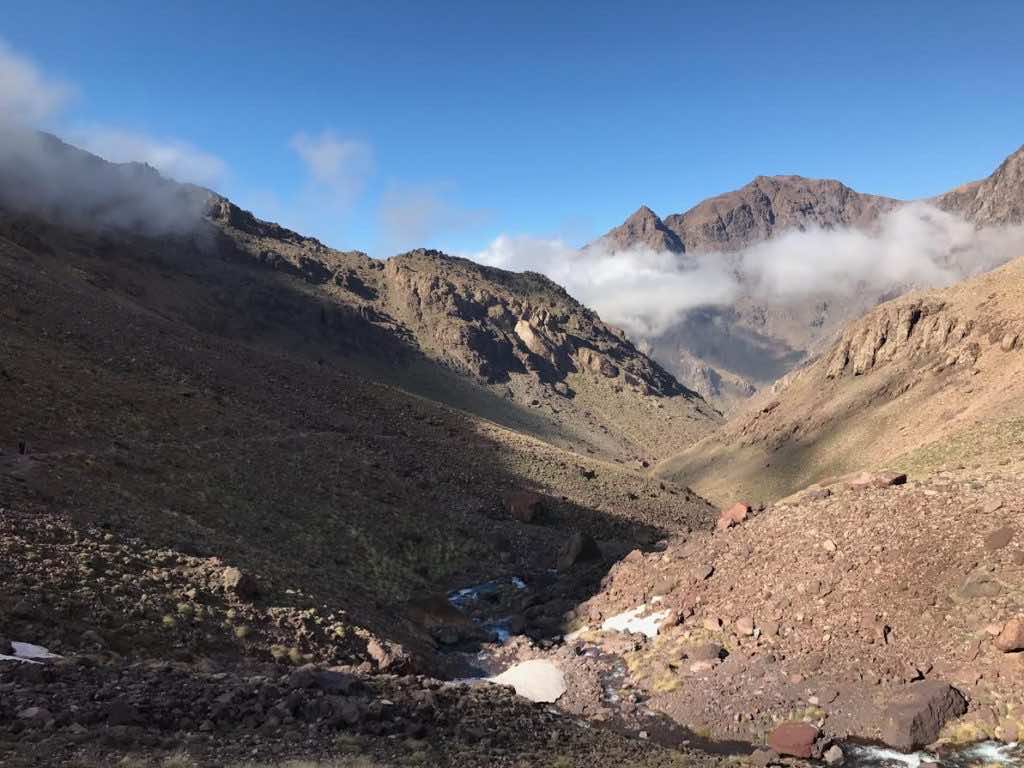 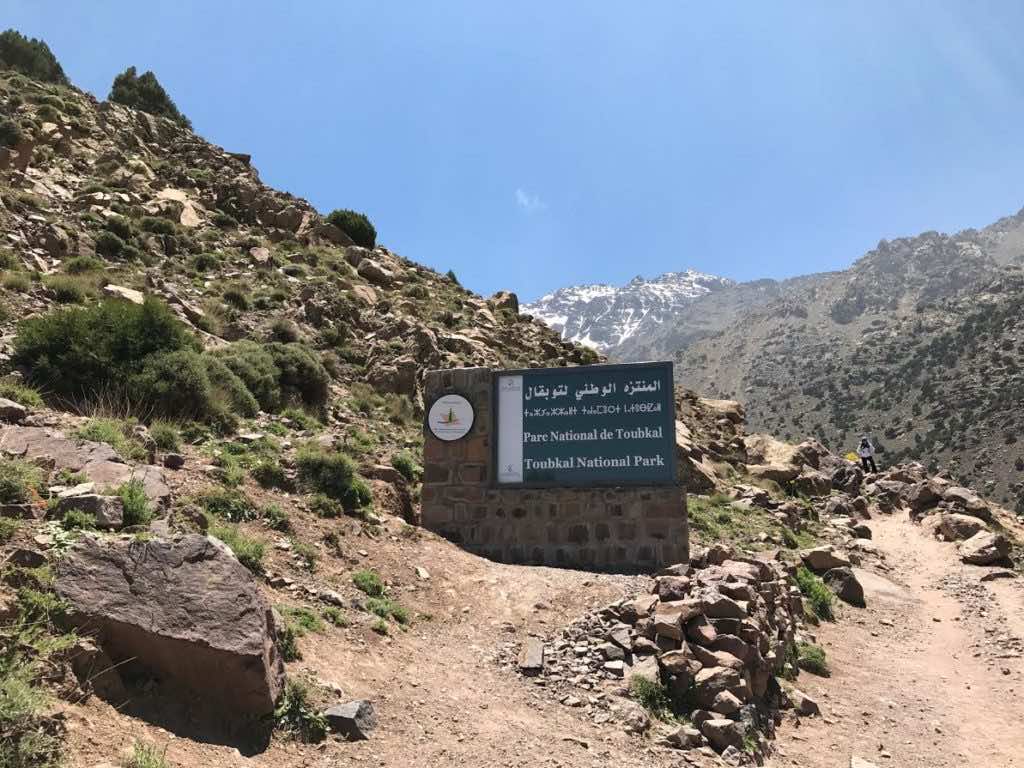 As we huddled in the dark cool lobby, we poked at the taught, sun-crisped skin of our foreheads, and explored the ache in our limbs. Later, over the steam of two tagines, we eyed groups of European hikers, clad in glossy ski-gear, bustling around the check-in desk; they were overwhelmingly male, mostly middle-aged, and seemed to know what they were doing.

Before bed, we combatted self-doubt and general exhaustion with affirmations of our youthful determination, and collective female power.

The next morning, we layered on all the clothing we had, stuffed our pockets with “La Vache Qui Rit” cheese packets we’d stolen from breakfast, and ventured out. While the sun hadn’t yet risen, we could see the practiced European mountaineers, with their ice axes and guides, well in the distance. After crossing an icy stream at the foot of the Refuge, we strapped on our crampons, and marched the first of many, steep snowy slopes. We were wearier with each plateau, but also more innovative; we stripped off extra pairs off socks to wear as gloves and rotated our daypacks to alleviate the most fatigued. In staggered breaths, we yelled encouraging phrases at one another, and tried to find comedy in our unpreparedness 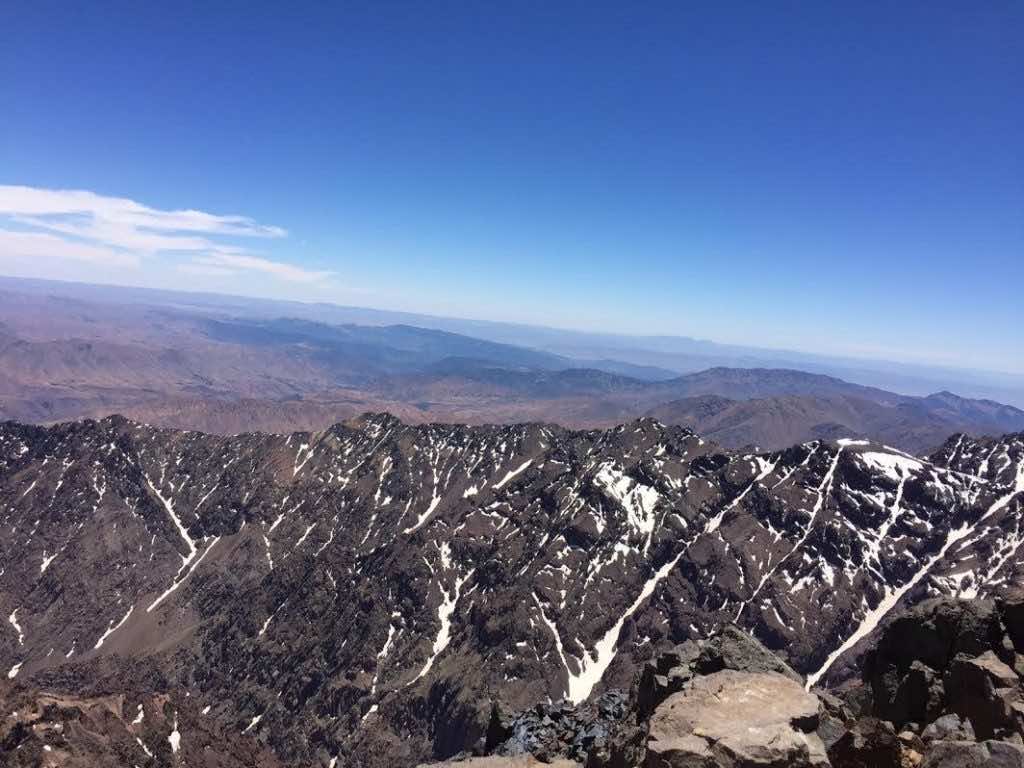 After four hours in the snow, we reach the rocky serpentine paths that circle Toubkal’s summit. Adrenaline kicked in as we caught sight of the Tripod that marks the peak, and in the face of foreboding comments by returning hikers, we marched onwards with new energy. One by one, we stumbled onto Toubkal’s uppermost ridge, and took in the impressive views that an altitude of 13,671′ affords; a sea of sharp, white mountain tops with dust colored villages nestled in its shallows. We imagined we could see the Sahara’s sands to the East, and hear the Atlantic’s break to our West.

But we weren’t finished, Imlil, our car, and the rest of our belongings were a 7-hour hike away. After half-walking, half-falling our way down to the Refuge, we realized we wouldn’t beat the sun; we had 5 hours to go and it would be dark in 2. So with our blistered feet, wet socks, and frozen fingers, we hunkered down for another night at the base camp.

In the fear we wouldn’t return our rented car on time, we got up before five the next morning, and raced down the rest of the mountain. As we watched groups of sporty young men pass us on their way up, we began to feel the weight of our accomplishment. With groggy eyes and soiled clothes, we cheered, “Good luck!” and informed them that “the views were really something”.  We donned advice like expert adventures, and in a sense, we were.  We didn’t have the equipment, or the experience, but we did have a solid dose of group spirit- an ingredient we agreed later was the most important to our success.

Though, upon arriving in Rabat, I wondered if it might have been something else too; maybe our naivety was also a key to our triumph. Would it have been an adventure, if we’d been fully prepared? And would we have taken the first step, if we had known how many would follow?