Rabat - In a phone call to the Qatari Emir, Trump offered to help broker peace following the diplomatic rift that emerged Monday when serval Arab nations cut ties with Doha. 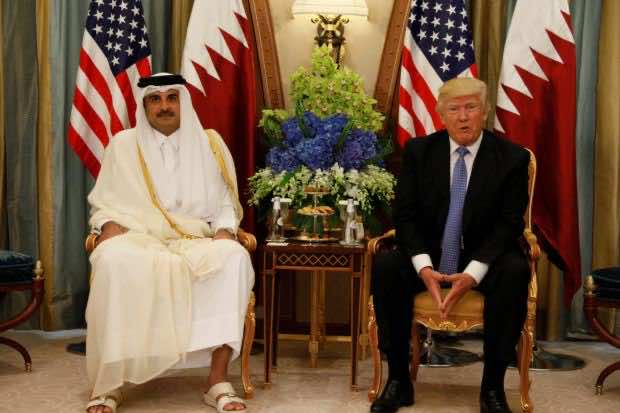 Rabat – In a phone call to the Qatari Emir, Trump offered to help broker peace following the diplomatic rift that emerged Monday when serval Arab nations cut ties with Doha.

During the call, the White House said that Trump “emphasized the importance of all counties in the region working together to prevent the financing of terrorist organizations and stop the promotion of extremist ideology.” The president also underscored the importance of the Gulf Cooperation Council and the need for regional stability. Trump had also spoken to Saudi King Salman bin Agdulaziz Al-Saud sharing a similar message.

The phone call contrasted sharply with a series of tweets posted on Tuesday when Trump seemed to back the Saudi decision to isolate Qatar.

Trump wrote: “During my recent trip to the Middle East I stated that there can no longer be funding of Radical Ideology. Leaders pointed to Qatar – look!” followed by “So good to see the Saudi Arabia visit with the King and 50 countries already paying off. They said they would take a hard line on funding extremism, and all reference was pointing to Qatar. Perhaps this will be the beginning of the end of the horror of terrorism.”

Trump’s tweets seem to have been issued in haste without consideration for US ties to Qatar which is home to an important US air base. That base, the AL Udeid Air Base is the main regional center for US air missions in the ongoing fight against Daesh.

The phone call and the change in rhetoric also came after warnings of military escalation. Qatari military was put on high alert and 16 Leopard tanks were moved out of storage in Doha. The Qatari Ministry of Defense also told the UAE, Saudi Arabia and Bahrain that any naval ships from those counties that enter Qatari waters would be fired upon.