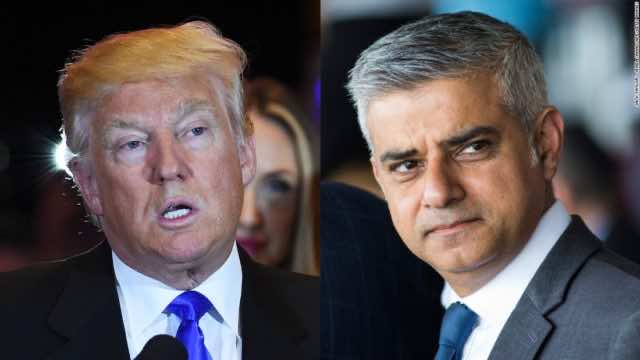 By
Constance Renton
-
Constance graduated from the Television and Radio Broadcasting Program at Canadore College in 1983.
Jun 8, 2017
Spread the love

It would appear that London Mayor, Sadiq Khan has had enough of US President, Donald Trump. During a vigil for the London Bridge victims Monday night, Khan stated that he did not think the UK should “roll out the red carpet” for the US President after recent events.

In his Saturday tweet, issued just hours after the attack occurred, Trump misquoted Khan, writing “At least 7 dead and 48 wounded in terror attack in London and Mayor of London says there “is no reason to be alarmed!”

The mayor’s actual message to Londoners was this:

“My message to Londoners and visitors to our great city is to be calm and vigilant today. You will see an increased police presence today, including armed officers and uniformed officers. There is no reason to be alarmed by this.”

The erroneous Trump tweet re-ignited a feud that had been ongoing since Khan’s claim that large city’s such as London, New York and Paris should expect to be targeted by radicals in today’s tense climate. He also said at the time that the best way to combat the threat was with a vigilant defense strategy.

In an Monday interview with the UK’s Channel 4, Khan responded to questions about the feud, which was reignited by Trump just hours after the attack on Saturday. he was asked about his reaction to the Trump tweets, he explained, “Well look, since Saturday I’ve been working with the police, the emergency and the government with others to deal with the horrific attack. I just haven’t had the time to respond to tweets from Donald Trump.”

“I don’t think we should be rolling out the red carpet,” he continued, “to the President of the USA in the circumstances where his policies go against everything we stand for.”

UK Prime Minister, Theresa May, has been notably silent on the feud, choosing only to say “I think Sadiq Khan is doing a good job. And it’s wrong to say anything else.”

The latest polls are predicting a landslide victory for May’s Conservatives in today’s general election.