Rabat - According to MAP, the “Morocco Gas to power Project” was the focal point of a meeting on natural gas development in Morocco that was part of the Africa Energy Forum (AEF) which runs from June 7 to 9 at the Bella Center in Copenhagen. 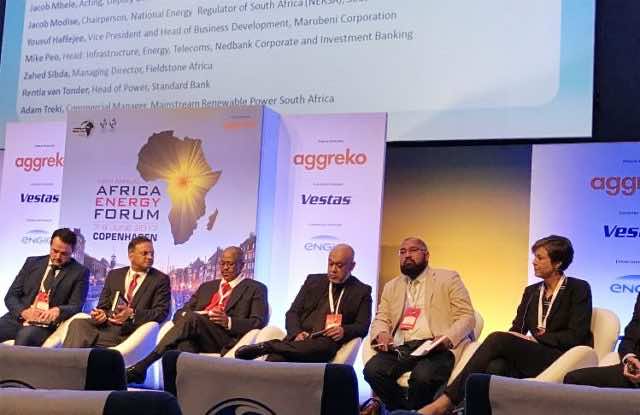 Rabat – According to MAP, the “Morocco Gas to power Project” was the focal point of a meeting on natural gas development in Morocco that was part of the Africa Energy Forum (AEF) which runs from June 7 to 9 at the Bella Center in Copenhagen.

During the meeting, Abderrahim El Hafidi, the Secretary-General of the Ministry of Energy, Mines and Sustainable Development gave a presentation on the main lines of the Moroccan natural gas project.

These sites are part of a national strategy for the diversification of energy sources in Morocco. This is part of a flexible approach that combines coal, natural gas and petroleum while also looking to renewable energy such as wind, solar and hydroelectric sources.

According to the presentation, Morocco has set the goal of reducing dependency on fossil fuels by 43% by 2020 and by 52% in 2030. This goal, led to the launch of natural gas resources and hydrocarbons in Morocco.

El Hafidi also  noted that 93 companies have expressed interest in this project and that around twenty companies in Morocco have found positive indications about the presence of natural gas in the region of Tendrara.

Other speakers at the meeting expressed the importance of the Moroccan energy project. This interest stems from a solid legal framework, well-defined feasibility studies and a proactive policy favoring partnerships and cooperation.