Rabat – With the rise of several prominent women activists in the Hirak movements of northern Morocco, the stereotype of Riffian women as passive and voiceless citizens has been shattered.

The conservative nature of the northeastern region has proven to not be an obstacle for women, as protestors like Nawal Ben Aissa, Salima Zayani and Yasmina El Farsi have come out to express their opinions, defend their cause and stand for their families.

Portrayed as Zafzafi’s successor by the media, Nawal Ben Aissa has come under the spotlight for her vital role in the Hirak after the arrest of Zafzafi, the most prominent leading activist in the movement. The 36 years old mother of four children, between the age of 4 and 13, and wife of a taxi driver, is the voice of the Riffians in Al Hoceima protests. “I helped in making the voice of women heard” Nawal has said. 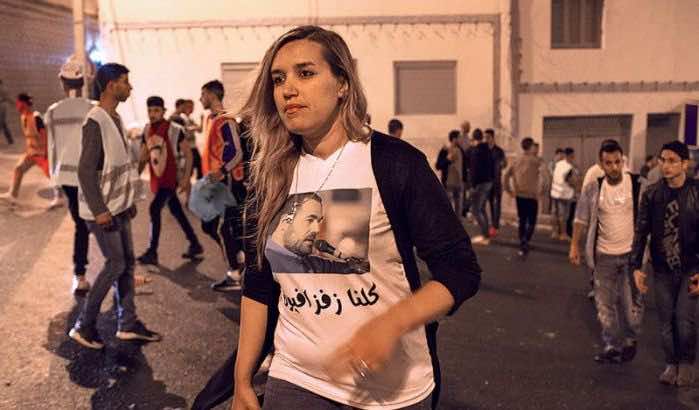 During a meeting with media in a coffee shop on May, 31, Ben Aissa explained that she joined the Hirak as a volunteer to help women with breast cancer, due to the lack of medical facilities in the region.

She also denied being a member of any political party. Few days later, she turned herself in after she knew about her search warrant, only to be released after one hour of interrogation.

Singing for a Better Future

Another young female activist, who marked her presence in the Rif, is the 23 years old singer Selima Ziani, also known as Silya. The proudly Riffian young lady is an active member in the Hirak movement.

During the recent protests, which were largely composed of male activists, Zayani was noticed for her enthusiastic and passionate defense of the Rif demands.

She joined the movement after the tragic death of Mohcine Fikri, the fish seller who was crushed in a trash dumpster. She highlighted the struggle of a female activist in an interview with the electronic news paper Al Aoual, saying, “In spite of the difficulties within this patriarchal society, I try to impose myself and my presence in the Hirak in order for the Riffian woman to be included.”

Salima was arrested in Casablanca on June 5, according to her family. She is the first woman activist of the Hirak to be arrested by the national brigade of the criminal investigation.

Since the beginning of the movement eight months ago, several women participated in organizing the protests and making their demands known, and Yasmina El Farsi is one of them.

El Farsi delivered a powerful speech conducting the death of Mohsine Fikri back in November. “All women were united, and you noticed how they came out the time of the solemn funeral, in which they marched for few kilometers, and greeted the parade with ululations, tears and signs of victory”, Yasmina declared in an interview. 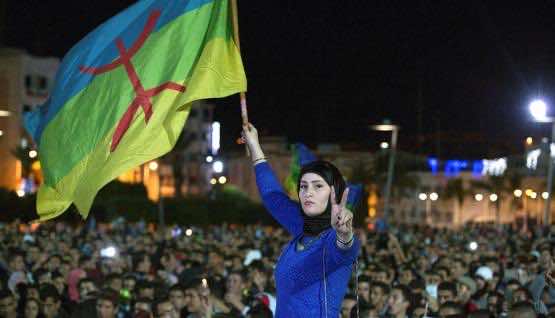 Both men and women suffer from the same issues, and have the same demands, she said.

“We continue to preserve the sanctity of women here, and I do not consider this unjust. The community here is characterized by being keen to defend the women, and we are proud of that”, Yamsina stressed, defending the nature of her community. 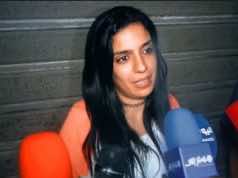 Rif Activist Silya: I Was Filmed by Police Like Zafzafi 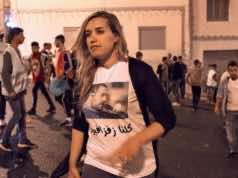