Rabat - A Saudi political analyst has caused outrage on social media following his appearance on an Israeli TV channel, attacking Qatar and calling for a “new Middle East.” 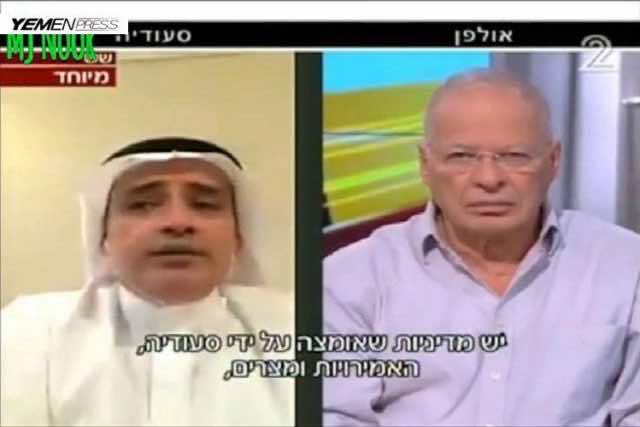 Rabat – A Saudi political analyst has caused outrage on social media following his appearance on an Israeli TV channel, attacking Qatar and calling for a “new Middle East.”

“There will be no room for any political movement using religion for political ends or manipulating religion to spread terrorism in the name of resistance or jihad,” said Abdel-Hamid Hakim, the head of the Institute for Middle East Studies in Jeddah, in an appearance on Israeli Channel 2.

The incident was highly criticized by anti-Israel Arab social media users and news outlets, who saw it as an indication of rapprochement between Saudi Arabia and its Arab allies and Israel.Hakim, head of the Institute for Middle East Studies in Jeddah, appeared on Israeli Channel 2 where he was interviewed by Ehud Yaari, the station’s Arab affairs correspondent.

During the interview, Hakim lashed out at moderate Islamists such as the Muslim Brotherhood and Hamas. He then claimed that Doha has links with terrorism, repeating similar accusations made by Saudi Arabia, Bahrain, the United Arab Emirates, Egypt, and Libya.

The six countries severed ties with Qatar on Monday, with Doha calling the allegations “baseless” and “unfounded.”

Hakim’s appearance and comments on the Israeli channel, the first time a Saudi Arabian has been interviewed on Israeli television, caused outrage on social media among.

“A Saudi appears on an Israeli TV to incite against an Arab country and accuse it of financing terrorism. What a shame,” reads one comment on Facebook.

The London-based news website Raialyoum related the incident, with several comments made by Israeli politicians and media outlets praising the six Arab countries’ breaking off of relations with Qatar.

Former Israeli ambassador to the United States Michael Oren said the decision to cut ties served as a “new line drawn in the Middle Eastern sand.”

In an article entitled “Five Reasons Why Israel Should Care about the Qatar Crisis”, Jerusalem Post said the decision to cut ties with Doha “brings Israel closer to Saudi Arabia, Egypt and the Gulf.”

“The new crisis encourages those states that oppose Qatar to see Israel as a partner against Hamas and Iran,” said the Israeli news website.