The current candidate for UNESCO General Director took advantage of her time in Rabat to visit the esplanade of the Hassan Tower and the Chellah Merinid necropolis.

Azoulay, who was accompanied by French ambassador to Morocco Jean-François Girault, also visited the “Face à Picasso” exhibition at the Mohammed VI Museum of Modern and Contemporary Art (MMVI), then headed to the new Museum of History and Civilization and met with the president of the National Museum Foundation (FNM), Mehdi Qotbi.Azoulay was announced as a candidate for UNESCO General Direction to replace the current CEO Irina Bokova on March 15, the eve of the closure of the nominations to UNESCO.

Although supported by the Elyse, her candidature has made a controversy, as a candidate from an Arab country was expected to hold the position. Joëlle Garriaud-Maylam,a member of the French commission for UNESCO, called the candidature an “insult” to Arab countries.Azoulay, who also served as former cultural adviser of President François Hollande for two years, is relying on her Moroccan origins to legitimate the candidacy.

An official source at UNESCO’s representation in Rabat stated that it would remain neutral vis-à-vis this candidature.

“We can not take sides for one candidate or another before the election,” said the source.

The members of the executive council at the UNESCO are set to vote for one out of the nine candidates on October. The finalist will be announced at the general conference that will take place from October 30 to November 14. 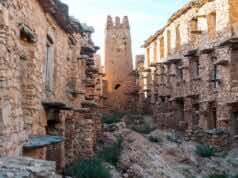 Morocco to Include Igudar in UNESCO World Heritage