Rabat - Kaouthar Zaghba, sister of Italian-Moroccan London Bridge attacker Youssef Zaghba, has criticised the attack that left eight dead and 48 injured, saying it was the result of their “violent” father.

By
Chloe Koura
-
Chloé Koura is a final-year student of Arabic and Latin at the University of St Andrews.
Jun 9, 2017
Spread the love

Rabat – Kaouthar Zaghba, sister of Italian-Moroccan London Bridge attacker Youssef Zaghba, has criticised the attack that left eight dead and 48 injured, saying it was the result of their “violent” father.

The 24 year old said her brother was inspired by the violent nature of their father Mohammed, who beat her and her mother Valeria. She stated that her father used violence when she would not wear the veil, went out with male friends or obtained bad grades.

Zaghba explained her move to Italy saying, “I left Morocco because I’d had enough of my father.” When she left Fes aged 18, her brother stayed behind with their father but he soon left for London.  Zaghba said that her brother’s move to London was also motivated by his desire to stay away from their father.

Zaghba has praised their Muslim convert mother who has openly criticised her son’s actions, saying that their mother taught “the rules of tolerant Islam.”

In an interview with Italian newspaper Corriere della Sera, Italian resident Zaghba said she would not attend her brother’s funeral, even if it took place in Italy. “I am so shocked by what he did. He is still my brother, I cannot change that but I will never forgive him for what he has done.”

Zaghba said she understood why over 500 imams and religious leaders had refused to conduct a funeral service for her brother– “they need to send a sign.”

Zaghba noted that while the pair were close as children, religion had caused them to grow apart over the past few years. Unlike her brother who desired “to live a pure Islamic life,” Zaghba told the Italian press: “I don’t believe in God, in any God. I’m sorry but that’s the truth.”

She stated that she had not spoken recently with her brother because they “didn’t see eye to eye” and “he didn’t like the way I lived my life.”

The Sun reported that Zaghba’s father is due to collect his son’s body in London over the next few days.

Youssef Zaghba was one of three attackers who killed eight people and injured at least 48 in the London Bridge area of London on Saturday June 3. Along with two other attackers, who have been named as British national Khuram Butt and Moroccan-Libyan Rachid Redouane, the trio drove a van into pedestrians on London Bridge and then exited the van to attack people in nearby Borough Market. 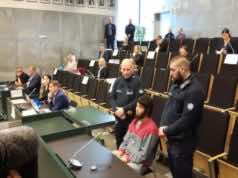 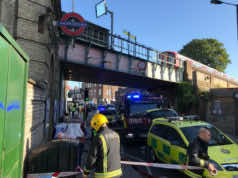