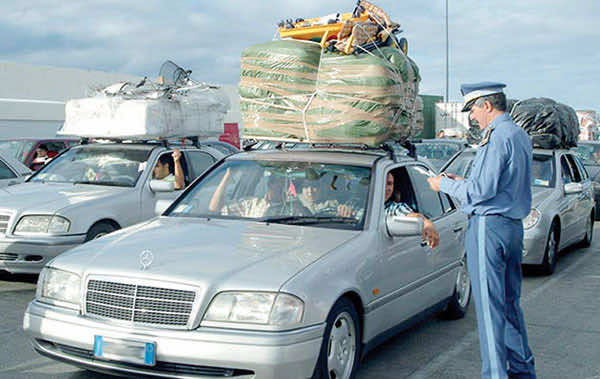 Rabat – The Administration of Customs and Indirect Taxes (ADII) has announced regulations for its Marhaba 2017 initiative intended to ease the reception of Moroccan living abroad from June 5 to Sept. 15.

To improve the transit of Moroccan expatriates, ADII is undertaking several measures to ensure the comfort and security of passenger and vehicle traffic.

ADII publicly published on June 2 the amended regulations for 2017 concerning the import of currencies, gifts and vehicles to remind passengers of the terms and conditions.

At customs, passengers are required to declare if they are transporting currencies in banknotes of a value equal to or greater than MAD 100,000. They have also to apply the same procedure if they are intending to take some or all of this amount out of the country.

It is also possible for passengers to declare currencies of amounts less than the equivalent of MAD 100,000, especially if the passengers are planning to re-export an amount greater than MAD 40,000.

The value of gifts imported must not exceed MAD 20,000 and should in no case be assigned to a single item. All other imported goods must be declared at the customs entry. Passengers should also pay all duties and taxes to ensure the fluidity of importation services.

ADII controls the import of goods into Morocco. The controls either take the form of an absolute prohibition or a restriction, in which case the passenger needs to have written permission to import the goods.

Certain items can not be imported into Morocco, including weapons and ammunition, narcotic drugs, and therapeutic products containing psychotropic substances. Written or printed materials or filmed tapes “contrary to good morals” are also banned.

All road vehicles require a vehicle import approval prior to entering Morocco.

Moroccan passengers returning for holiday, may benefit from the temporary admission regime (AT) for cars, motorcycles, jet ski and yachts.