Rabat - Qatar said it will honor its agreements with the United Arab Emirates (UAE) regarding the transport of liquefied natural gas (LNG), despite the fact that the UAE severed diplomatic ties with the Gulf state on Monday. 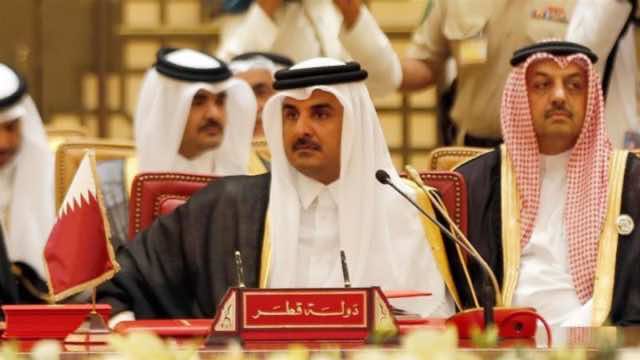 By
Constance Renton
-
Constance graduated from the Television and Radio Broadcasting Program at Canadore College in 1983.
Jun 9, 2017
Spread the love

Rabat – Qatar said it will honor its agreements with the United Arab Emirates (UAE) regarding the transport of liquefied natural gas (LNG), despite the fact that the UAE severed diplomatic ties with the Gulf state on Monday.

What Is at Stake for Qatar and the Region?

Two billion cubic feet of natural gas flows though the Dolphin Pipeline everyday to the United Arab Emirates and Oman. Needless to say, the current state of high drama in the region has the potential to wreak untold chaos should the crisis continue for an extended period.

On Monday, Saudi Arabia and five other Gulf State countries announced they were severing all diplomatic ties with Qatar, accusing the nation of supporting terrorist organizations. Qatar has vehemently denied all charges.

Al-Thani said that Qatar has never before experienced the current level of hostility, “even from an enemy,” but affirmed the country’s resolve.

On May 24, Qatar said its state news agency was hacked over two weeks ago and fake news items embedded, a claim that US Intelligence investigators confirmed earlier this week. After traveling to Doha to investigate, the FBI announced that they had proof the hacking took place, then pointed a finger directly at Russia. They were not, however able to identify whether it originated from a private provocateur or the Russian government, although it was widely assumed to be a government-sanctioned move.

The sudden turn against Qatar is intended to force them into making drastic foreign policy changes. “This is not about regime change. This is about change of policy, change of approach,” said UAE foreign minister Anwar Gargash.

According to US State Department spokeswoman, Heather Nauert, President Donald Trump has offered to make Secretary of State, Rex Tillerson, available to mediate a resolution to the crisis. She also stated, however, that US prefers for the countries involved to find a solution among themselves.

When asked if Qatar’s Emir would go to Washington in response to US President’s offer to mediate talks at the White House, the Qatari minister described it as impossible due to Qatar being “in blockade.”

Qatar’s foreign minister asserted that his country has the backing of the international community and that his government has taken all necessary measures to “to ensure that the standards provided to the people will be maintained.”

Regarding the deployment of Turkish troops to Qatar, the minister said this was a move to safeguard the entire region, adding that there “cannot be a military solution to this problem.”

Since the diplomatic broke out, Iran has volunteered food supplies and three of its ports to Qatar until the crisis is resolved.