Rabat - A number of parties and movements have announced their participation in the national march of solidarity with the Rif protests set to take place on Sunday 11, demanding “freedom, dignity and social justice.” 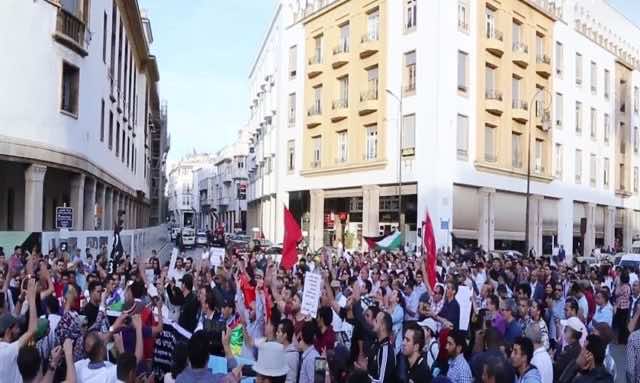 Rabat – A number of parties and movements have announced their participation in the national march of solidarity with the Rif protests set to take place on Sunday 11, demanding “freedom, dignity and social justice.”

The Federation of the Democratic Left (FGD), the Unified Socialist Party, the Anfass Democratic Movement, Al Adl Wal Ihssane, and the Democratic Approach have announced that it will take part in the national march scheduled on June 11 in the capital, Rabat. This event was launched by FGD activists based in Casablanca and Rabat to demand “freedom, dignity and social justice,” and to show support for the arrested leaders of the protests in the Rif.

In addition to these parties, the leaders of Moroccan Association of Human Rights has also declared that their association will take part in event.

The National Council of Youth of the Socialist Union of Popular Forces (USFP) issued a statement of categorical refusal to be part of the event, warning its members from coordinating with advocates of the march.

This statement came in response to calls from the partys’ members to express support for the Rif protests and take part in the march. The National Council also made it clear that these calls do not represent the bodies and organizations of the party.

The Justice and Development Party (PJD) is reported to be divided on the question of participation, although its young members are expected to attend the march.