Morocco World News
Home Opinion Op-Eds The Qatar Crisis: What Does It Mean?

Rabat - The recent diplomatic fallout between Qatar and the rest of the Middle East could have serious economic and geopolitical consequences across the globe. 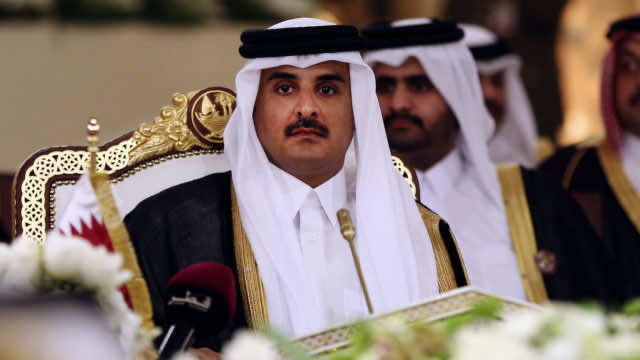 By
William Franke
-
William Franke is an American student at the University of Indiana, Bloomington.
Jun 10, 2017
Spread the love

Rabat – The recent diplomatic fallout between Qatar and the rest of the Middle East could have serious economic and geopolitical consequences across the globe.

Earlier this week, Qatar’s diplomatic crisis took an extreme turn as several Arab states severed diplomatic ties with the Gulf nation.  The original list of countries in the coalition against Qatar included Saudi Arabia, Egypt, Yemen, The United Arab Emirates, and Bahrain, with several countries such as Comoros, Mauritania, and The Maldives joining shortly thereafter. Additionally, other states, including Senegal and Jordan, have downgraded their relations with Qatar in some way or another.

The massive diplomatic fallout stems from allegations against Qatar from other gulf states regarding the former’s alleged relationship with Iran and terror groups across the region. Amidst the civil war in Yemen, Saudi Arabia and the UAE have both accused Qatar of assisting Iran and the Houthi insurgency in secret (not to mention, Doha has historically been sympathetic to groups like Hamas and the Muslim Brotherhood as well).  Despite Qatar’s role as an ally in Saudi Arabia’s coalition in the fight against the insurgents, Saudi Arabia announced on Monday that Qatar would be suspended from the coalition altogether.

While Qatar’s foreign policy and perceived sympathies toward enemies of the rest of the Gulf countries have long been sources of tension in the region, the sudden hardline actions can largely be traced back to American President Donald Trump’s recent visits to Israel and Saudi Arabia. After his visit to the region and meeting with several heads of state and delegations from across the world to discuss the urgent need to fight terrorism, President Trump claimed that the quick actions against Qatar were a result of his push to cut off funding for extremism at its source. On Tuesday – the day after five Arab states announced they would end diplomacy with Qatar entirely – the president tweeted, “During my recent trip to the Middle East I stated that there can no longer be funding of radical ideology. Leaders pointed to Qatar – look!”

Additionally, an emboldened President Trump made statements on Twitter proposing that these actions against Qatar could be, “the beginning of the end to the horror of extremism.”

However, despite the President’s excitement, the American State Department and Department of Defense are not as enthusiastic. Qatar is currently serving as the host to the largest American military base in the Middle East. The Al Udeid Air Base – which holds more than 100 US aircraft and houses over ten-thousand American military personnel – could be in jeopardy if the United States chooses to take sides in this dispute.

While the aim of this retaliation against Doha was to isolate Qatar diplomatically and economically in order to weaken the standing of Iran and extremist groups, these actions may possibly have the reverse effect. As Qatar gets more constricted by its neighbors, Iran appears to be more than willing to help assist the country in its time of need.

The attempted isolation of Qatar is predicted to cause a crippling shortage of food, due to the fact that the country imports more than a significant amount from its neighbors. As Qatar faces this crisis, however, Iran has volunteered to provide food to prevent this diplomatic fallout from having even more serious consequences on the rest of the population. Additionally, the Islamic Republic is expected to begin talks with Qatar over providing airspace for the vast number of flights to and from Qatar, which are being canceled all over the world, preventing hundreds of Qataris working abroad from coming home.

Qatar and Iran have traditionally been on rival sides in many conflicts which have arisen in the Gulf and the greater Middle East, but with Qatar’s new diplomatic situation, this is now subject to change. The states who have ended their relations with Qatar are insisting that the status quo will be restored if Qatar changes their ways, but Iran may prove to be Qatar’s best option in face of this new crisis.

As if matters were not difficult enough, the recent developments in the Gulf could spell serious trouble for the Gulf Cooperation Council (GCC for short), and their future as an economic and political entity in the Middle East. The rest of the organization’s members (Saudi Arabia, Oman, Bahrain, and Kuwait) have stated that they wish to resume diplomacy with Qatar under certain conditions, however, the harsh actions against Qatar may rule out any willingness from Doha to revive close cooperation between itself and the rest of the Gulf.

Qatar’s alleged relationships with Iran and terror groups across the region have long been a source of distrust between Doha and its neighbors, and these extreme actions against Qatar demonstrate the region’s desire to bring stability to the Middle East. However, the consequences the future holds will surely prove to be more complicated. Will Qatar work to appease its neighbors, or attempt to seek solace in Iran? Will this decisive action create more unity in the rest of the GCC, or will the split from Qatar cause fear and paranoia to further seep into the Gulf? Only time will tell.