Rabat - 3 million tourists have visited Morocco during the fist four months of the current year, registering a 10 percent increase compared with the same period last year. 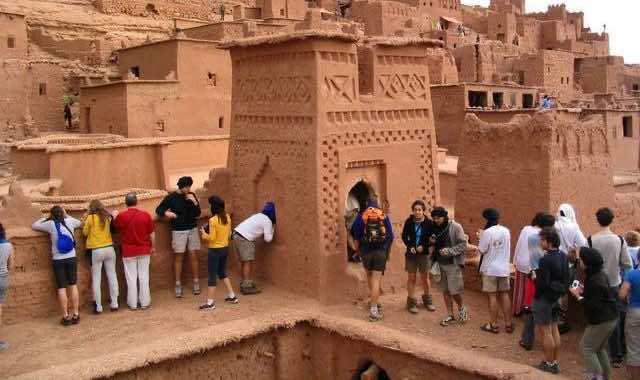 Rabat – 3 million tourists have visited Morocco during the fist four months of the current year, registering a 10 percent increase compared with the same period last year.

The tourism sector in Morocco continues the upward trend it’s been enjoying since the beginning of 2017. During April, the increase in foreign tourists hit 18 percent and Moroccans Residing Abroad (MRE) reached 9.5 percent. Together the two accounted for a rise of 14.7 percent in terms of arrivals at border crossings during the same month.

The General Directorate for National Security (DGSN) released data showing that the number of tourists from the United States, Spain, Germany, Belgium and Italy saw a surge of 43, 26, and 22, 21 and 16 percent, respectively. The number of arrivals from the UK, however, decreased by 3 percent.

The total volume of overnight stays also saw a significant increase, as the data indicates tourist and professional accommodation jumped 26 percent in listed establishments. Overnight stays for non-resident tourists and nationals increased by 34 and 13 percent, respectively.

The cities of Tangiers and Fez had the biggest share in the increased rate in overnight stays, hitting over 60 and 44 percent. Rabat came third with a rise of 32 percent, while the rate of overnight stays in Casablanca and Marrakech went up by 24 percent.

The upturn, which represented 3 million tourists during the first four months of 2017, is explained by the rising interest in the Kingdom from tourists in traditional markets as well as emerging ones. The number of tourists Morocco received from the German, Spanish, Belgian, and Dutch markets, considered the main tourism source, saw increases of 11, 9, 8 and 6 percent.