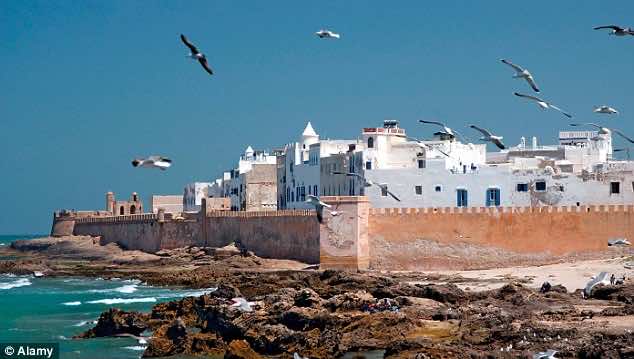 Rabat – These projects will lay the foundation for critical infrastructure, particularly in key sectors such as health, sport, fishing and tourism.

The projects are programmed under Essaouira’s urban rehabilitation program andaim to upgrade basic infrastructure, enhance the city’s urban landscape, improve the quality of life of citizens and preserve the environment.

The second phase of the rehabilitation program was launched in 2015 and extends to 2018.

This program is based on three main axes, namely upgrades on Boulevard Mohammed V and around corniche, landscaping ramparts and public squares, and the rehabilitation of the Medina and the Mellah district.

The seaport in Essaouira is also undergoing an expansion and renovation of its infrastructure, at acost of MAD 127.5 million. The 24-month project involves expanding the port to two hectares, building a fish dump and a ship-lift platform, constructing a scaffolding-protected basin, and cleaning the port.

The municipal football stadium in Essaouira is also currently under construction. This project consists of finishing work on the existing stands and buildings, upgrading  playgrounds, the construction of a new gallery with ancillary services and facilities, and the laying of a new lawn.

The upgrade of the stadium aims to provide the city of Essaouira with a football field that lives up to the expectations of the population. The work is being carried out in partnership with the Ministry of Youth and Sports, the Province of Essaouira and the urban commune of Essaouira.

Another ongoing project is the expansion and development of Sidi Mohammed Ben Abdellah Provincial Hospital in Essaouira. This project falls within the framework of the Moroccan hospitals upgrade program administered by the Ministry of Health. The workis scheduled in two installments with the first phase slated to have an overall cost of 111 MDH, of which 35 MDHS will beallocated to equipment. The project, financed in partnership with the European Investment Bank (EIB), will enable thefuture autonomy of the health facility.

Another part of the project aims to improve patient care and working conditions in the hospital. The completion of this phase is scheduled for the end of 2017 with a total cost of MAD 13 million.Once the work is completed, the capacity of the hospital will increase from 303 to 359 beds with 20 of those additional beds being added to the maternity ward. The forthcoming construction of the Tamanar community hospital will also relieve pressure on the Sidi Mohammed Ben Abdellah provincial hospital and strengthen the supply of healthcare in the province.

The most important event in Essaouira will undoubtedly be the forthcoming launch of the “City of Arts, Heritage and Culture”. Set on four acres with a total cost of more than MAD 300 million, this unique cultural infrastructure in the southern shore of the Mediterranean will include a 3,000-seat theater, a music conservatory and an exhibition hall for artistic works.

The festival, combined with the development of infrastructure in Essaouira will contribute to the revitalization of the Moroccan city and improve the experiences of both residents and visitors.