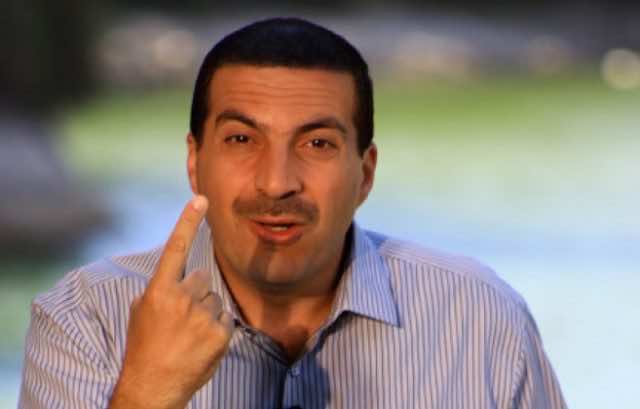 Rabat – Egyptian television preacher, Amr Khaled, has responded to claims by Twitter users that he has shown sympathy toward both the Muslim brotherhood and Qatar, following the political tension between his native country and Qatar.

On Saturday, the preacher tweeted about an episode of his new TV program entitled, “The Prophet of Mercy and Tolerance,” which has aired throughout Ramadan on channels, MBC and Al-Mihwar.

In episode 15, Khaled discussed the siege by the Quraysh on Prophet Muhammad and his companions and how they had been left without food for nearly three years.

The Quraysh was a dominant merchant tribe in the Arabic Peninsula during the 7th century. When the prophet of Islam was preaching the new faith in the area, his message was met with resistance by the Quraych’s wealthy and influential tribe members. As the Prophet’s followers grew in number, especially among the poor, the Quraych elite sought to crush the religious minority. Among the tactics used was a general boycott where Muslims were forbidden from buying or selling food to the pagan members of the tribe.

Khaled’s tweets, however, stirred up a fuss on social networks. The tweets made some twitter users believing the preacher was drawing a direct correlation between that event and the current Qatar crisis. Thinking he preacher had taken a subjective viewpoint regarding the decision by three Gulf countries and Egypt to cut diplomatic ties and trade relations with Qatar, they expressed their displeasure.

In response, the preacher published tweets denying their claims. “Contrary to rumors, my tweets are referring only to my episode on the siege of the Prophet. The program has been shot more than two months. Its main objective is to combat extremism and violence,” said Khaled.

He added that he supports his country’s decisions toward anyone undermining its security, whether it is the Qatari government or anyone else.

Egypt has claimed that Qatar, through its support of the banned Muslim Brotherhood, is threatening its national security.

Born in 1967, Khaled was listed as one of the world’s 100 most influential Muslim television preachers in 2006 by the New York Times Magazine. The preacher started his career in 1998, primarily on television channels including Iqraa TV.

Over the years, he has broadcast many shows during Ramadan, including “Life Makers” and “On the Path of the Beloved.”