Rabat - The trial of the 25 activists involved in the November 2010 Gdim Izik attack ended this Thursday. The Prosecutor of the Court of Salé stated that the verdict will be issued in early July. 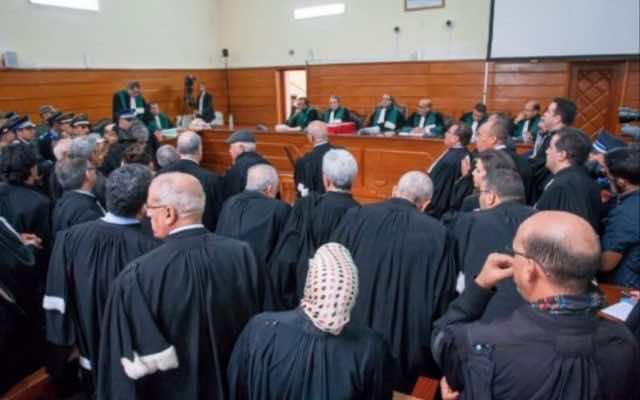 Rabat – The trial of the 25 activists involved in the November 2010 Gdim Izik attack ended this Thursday. The Prosecutor of the Court of Salé stated that the verdict will be issued in early July.

The Salé Appeals Court adjourned on Thursday the retrial of the pro-Polisario activists involved in the murder of security forces during dismantling of the Gdim Izik camp. Back in November 2010, 11 elements of the police forces were killed in cold blood, their bodies were desecrated and mutilated.

The deaths occurred as Moroccan security forces dismantled a camp where people had been living in protest of the unemployment and lack of opportunities in the city of Laayoune. Seventy people were injured in total and public property was destroyed.

As for the long-awaited verdict, Brahim Rachidi, lawyer of one of the families of the victims, told AFP that it will be delivered in early July.

At the end of the hearing on Tuesday, the prosecutor had asked for “heavy sentences without specifying them,” reports AFP, while leaving the possibility for the court to reclassify the facts.

“The prosecution is convinced that the evidence examined confirms the guilt of the accused, some of whom have been caught in the act,” prosecutor Hassan Daki told the press.

In 2013, the military court had sentenced the activists involved in the carnage of Gdim Izik to heavy penalties. The sentences ranged from 20 years to imprisonment for life.

Faced with the protests of NGOs and relatives of the condemned, and following a reform of the Moroccan military justice system, the case was referred to a civil jurisdiction in 2016. The Court of Cassation annulled the verdict of the military court by deciding the retrial of the accused before the court of Salé, which commenced in December 2016.

The Public Prosecution said on Monday that the defendants in the Gdim Izik case had been in direct contact with Polisario leaders, had even taking instructions from them, and had traveled to Algeria before setting up the Gdim Izik camp in October 2010.

In the Gdim Izik trial, 25 people are being prosecuted for alleged crimes relating to the tragic events that took place on November 8, 2010 in the village of Gdim Izik.