Rabat - How to disgrace journalism in 40 minutes. Bouchra Ddeau, Moroccan journalist and TV host ought to change the name of her new show “Price of Fame” to something more suitable. 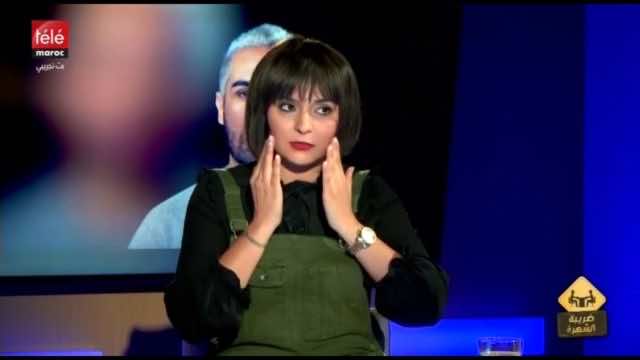 By
Chaima Lahsini
-
Chaima Lahsini is freelance journalist and activist with the Al-Fam collective in Rabat.
Jun 16, 2017
Spread the love

Rabat – How to disgrace journalism in 40 minutes. Bouchra Ddeau, Moroccan journalist and TV host ought to change the name of her new show “Price of Fame” to something more suitable.

After three episodes, the show aired on the new Moroccan channel “Tele Maroc” managed to spark the wrath of the public opinion. Social networks and national media didn’t shy away from heavily criticizing the so called journalist for her offensive and rude questions.

Known for her short frivolous interviews with Moroccan politicians, Bouchra Ddeau has made a name for herself for her provocative and usually ineloquent tone.  But after her rude treatment of guests on her new show “The Price of Fame”, the host appears to have crossed the line.

From criticizing her guests’ physical aspects to questioning their sexual orientations, the journalist even went as far as attacking one of Morocco’s most respected public figures known for her humanitarian work. On videos of the interviews circulating online, social media users expressed their indignation at Ddeau’s questions, feeling that the presenter went too far.

Aicha Ech-Chenna spent more than 60 years of her life fighting for women’s and children’s rights. In a society that shuns single mothers, Ech-Chenna has provided a safe haven for many women and children in dire situations. Through her association Solidarite Feminine founded in 1985, the internationally-awarded activists strived to help women achieve the social and financial independence needed to take care of themselves and children.

“My Price of Fame was the backlash I, and the people who have dedicated themselves to the same cause, had to endure for the work we do,” Ech-Chenna tells Morocco World News.

“I am used to being judged by everyone; the Islamists, the conservatives… I am used to hearing all kind of bad talk behind my back.”

“When Ddeau invited me to her show, ‘The Price of Fame’, I thought that I could talk about that. About how people do not wish to hear about babies thrown out into this cruel world because they were unlucky enough to be conceived out of an illegitimate relationship,” Ech-Chenna explains.

During her interview on “The Price of Fame”, Ech-Chenna was shocked by the questions addressed to her by Ddeau: “Are you really a Muslim? Are you not ashamed to encourage prostitution in our Muslim and conservative society? Were you a virgin on your wedding night?”

“I was flabbergasted,” Ech-Chenna says. “I could’ve riposted to her questions in the same manner, but out of respect to myself and my age, I decided that honesty was my best reply.”

Respect, something the journalist seems to have a poor grasp of since she would go on, crudely probing at the past of Ech-Chenna and shaming her for the rape attempt she was victim of: “If the man has tried to rape you, it means that you did not firmly reject his advances.”

“She had no regard to my privacy, to my children or personal life,” Ech-Chenna says. After the episode wrapped up, she spoke directly to Ddeau about her conduct, telling her, “I may have tolerated your questions and answer them, but be aware that the Moroccan people will not accept this.”

And her words were true. After the episode was aired, the journalist’s and the channel’s social media profiles were swarming with comments denouncing what the public opinion saw as a disgrace.

“Going there, I simply wanted to raise people’s awareness. I wanted to talk about sexual education, about the consequences of bringing an unwanted child into this society, about how men are also a big part of this problem,” the Moroccan activist explains. “People often forget that a woman do not conceive a child alone, and that in the majority of the cases, they are victims of rape and incest and sexual assault.”

Ech-Chenna’s good intentions were answered with nothing short of a crucifixion. “I can not defend myself. I leave people who appreciate me to respond in my place,” she confides in a soft voice. On June 8, Aicha Ech-Chenna was named “Woman of the Year 2017” by the Prix Monte-Carlo.

The Moroccan activist was not the only one to take the heat of Ddeau’s ignoble questions. Dr. Samad Benalla, a sexologist, clinical psychologist and psychotherapist who holds three different degrees from Oxford and Harvard and the Université Libre de Bruxelles, also had his share of the host’s unprofessional journalism.

“I replied to Ddeau’s invitation out of her insistence. I had my [reservations] at first, but seeing as it was a new TV Channel, I decided to give it a go regardless of what I thought of her as a journalist,” Benalla explains.

The doctor felt that Ddeau had misled him about her intentions.

“The idea, as Ddeau explained, was that I will talk about my experience as a public figure and the price I have to pay because of my popularity as a Radio Talk Show host.” However, Doc Samad, as he’s known by his public, was surprised to realize that “Ddeau’s questions had nothing to do with my career or work but focused mainly on criticizing me as a person.”

It turns out Ddeau had dragged the highly accredited doctor to her show to ask him about his lips, his eyebrows and his hands. She began asking him questions of the like “Have you ever undergone plastic surgery? Why do you speak in such an effeminate way?”

The journalist seemed especially fascinated by Doc Samad’s lips, asking him numerous time if he ever had any lip augmentation. In fact, Ddeau payed very careful attention to every little detail of her guest’s physical appearance, deducing that he was not male enough from his eyebrows: “With your behavior, your gestures, your voice … many people see you as a faggot [shad jinsi].”

Do Oxford prepare its laureates to answer such homophobic and misogynistic questions? At least,  who’s better to clear out misconceptions on gender and sexual orientation than a sexologist?

“‘Faggot’ does not mean homosexual. I will not let you say that. Homosexuality is not a perversion,” the sexologist remarked calmly, graciously explaining to her that sexual perversion has nothing to do with sexual orientation.

Throughout the show, Doc Samad was no easy prey, matching every absurd question thrown at him with a witty jab of his own.

“I answered every single one of her [questions] with honesty and out of respect to her and the staff working on the show,” Doc Samad told MWN.

Even after the trailer for the show came on, the issue was far from over. Benalla had filed a suit in May against the channel. “I was not allowed to see the show before the editing. Since I did not sign anything, I filed a complaint,” he says.

Ddeau did not respond to MWN’s multiple requests for comment. In the end, it appears that the host herself was the one to pay the “Price of Fame,” and seeing the reaction of the public, it wasn’t cheap. 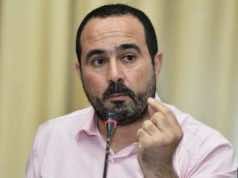 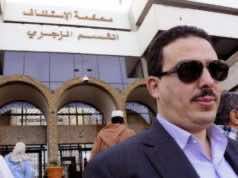