Morocco World News
Home Politics Analysis: The Rif Flag – Trapped in the Past, Misunderstood in the...

Rabat - The Rif flag has been waived proudly throughout the nearly eight months of protests in Al Hoceima and the surrounding areas. 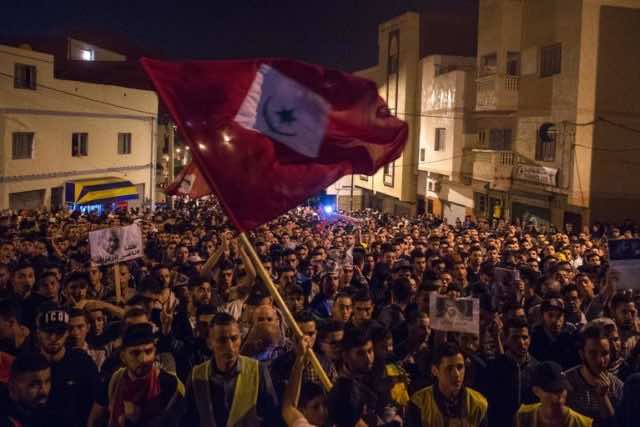 Rabat – The Rif flag has been waived proudly throughout the nearly eight months of protests in Al Hoceima and the surrounding areas.

The flag has been on display more prominently in the region than the flag of the Kingdom, leading some Moroccans to suggest there is a lack of patriotism in the Rif, or worse, a desire to secede from Morocco. Rif protesters have vehemently denied these accusations. So, what does the flag actually stand for?

On the evening of May 18, 2017, thousands of Al Hoceima residents staged a demonstration led by prominent Hirak, Nasser Zafzafi, one of many since the death of fishmonger Mouhcine Fikri last October.

“We are not separatists,” read in banners waved by Al Hoceima residents who poured largely into the streets to protest the government’s accusations that they are “drifting toward separatism.”

While protesters did not carry the Moroccan flag, the banners demonstrated that the protesters did not want independence from Morocco. Instead, they called for “separation from corruption, tyranny, injustice, humiliation, and marginalization,” in the words of one banner.

Still, accusations continued to be made that the Rif protests, especially due to their use of the Riffian flag, were anti-patriotic and anti-Moroccan. A closer look at the history of the controversial standard reveals the need for a more complex, nuanced interpretation of the northern flag of red, white, and green.

Between Politics, Culture, and Religion

The flag has been flown in Al Hoceima and its surrounding region since the beginning of the Hirak Chaabi (“popular movement”) in late October 2016, after the death of fishmonger Mohsine Fikri. With a red background, green crescent, green star, and six branches nestling in a white rhombus in the middle, the flag represents the Rif Republic, which was established by anti-colonial freedom fighter Mohammed Ben Abdelkrim El-Khattabi between 1921 and 1926.

“The flag of Abd al-Karim Al-Khattabi’s republic is related to the historical context and collective memory of the population of Al Hoceima region,” says Rachid Dounass, a researcher in contemporary history 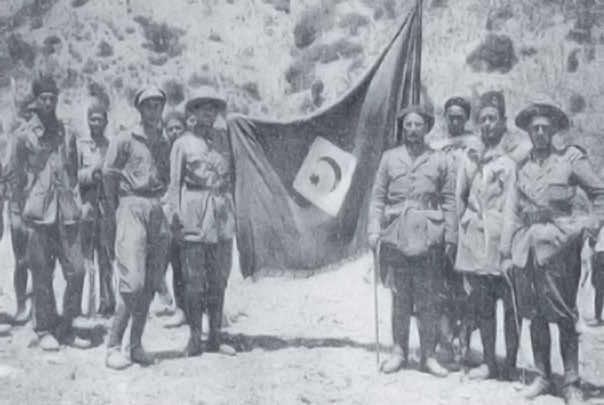 On September 18, 1921, inhabitants of the Rif joined together to shield their region from Spanish colonialism. They chose to adopt a flag to represent the region in their first attempt to liberate Morocco from the iron hand of colonialism.

But since the republic’s dissolution, says Mohamed Chtatou, a professor at Mohamed V University in Rabat, the flag has taken on a significance more cultural than political.

“Today, this emblem is the symbol of the Rifi Amazigh identity, which centers around the land (tammourt), the language (tamazight), and family (ddem),” says Chtatou. 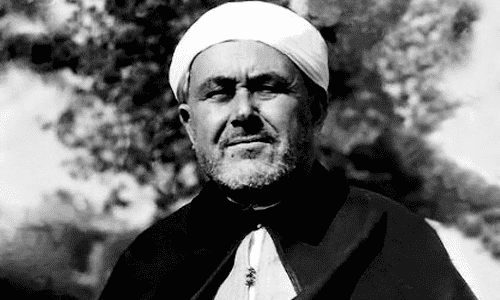 “It is also a strong symbol against exclusion and marginalization by the central government,” continues Chtatou, who was born in a French colonial prison in 1952, as his parents were Liberation Army officers fighting for Moroccan independence.

The religious significance of the flag should not be overlooked. As Riffian history scholar C.R. Pennell writes, “The use of the colour green – the favourite of the Prophet – and the crescent moon is a clear religious statement.”

Al Khattabi’s attachment to Islam was very strong. He studied at Al Qarawiyyin in Fes, the world’s oldest university, and he is said to have spread Islam in the island of Réunion, a French territory in the Indian Ocean where he spent 1926 to 1947 in exile.

The Obliteration of Memory

What does it mean when Hirak protesters raise the Riffian flag in demonstrations?

Dounas asserted that the flag has no “separatist indication at all.” Instead, it connects Riffians to their troubled past. “[T]he Hirak protesters live the present in the past and the past in the present – thus people who are remote from history/memory and geography as a cultural field cannot understand.”

Atif Bougamza, a political analyst and Al Hoceima native, agrees. “The raising of the flag only has a symbolic connotation – that of a protest. It is also a way of taking refuge in collective memory, assembling the different elements of the protesters’ identity and serving as a tool for mobilization. […] The collective subconscious of the Riffans’ victories of Abdelkrim El Khatabi are still vivid.”

They explained that the historic marginalization of the region during the era of the late Kings Hassan II and Mohammed V, despite its inhabitants’ major role in defending the independence of Morocco, caused a long-repressed resentment among its inhabitants against the political powers of the country. Specifically, Bougamza cited the “obliteration” of the republic in official historical accounts.

“Lack of recognition by the State is met by public discontent among some region’s militant groups that view that the elimination of the region’s history as premeditated and systematic, especially following the economic and social marginalization that the region has experienced,” Bougamza said.

Dounas says that the raising of the Rif flag “is a reaction to the public policies and so there should not be any rush to interpretations,” such as those that see it as an act of “separatism.”

“The conclusions should always remain relative and open to discussion.”

Bougamza disagrees that use of the Riffian flag was widespread in recent demonstrations, saying that only “100-200” protesters regularly carry it. At the same time, he explains that “explicitly not raising the Moroccan flag can be interpreted from a protest perspective.”

Residents of the Rif, he says, can feel like “second class Moroccans” in comparison to those living in Casablanca and Rabat, due to the “general feeling of marginalization and elimination, absence of job opportunities, the low level of public services.” 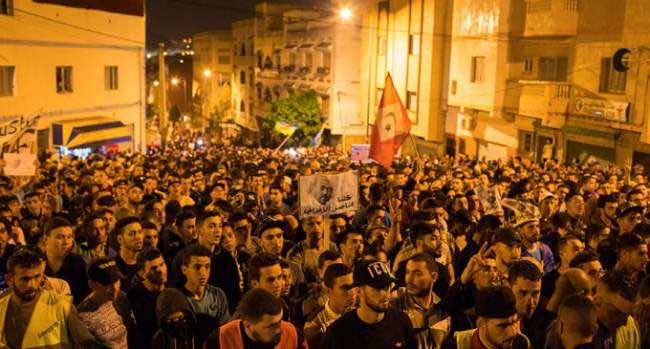 “Therefore,” he says, “the [Riffian] people considered raising the national Moroccan flag to be associated with those who benefit from the country.”

Dounass concurred that a lack of Moroccan flags waved in the protests does not necessarily indicate a rejection of the Kingdom. Instead, the protesters are signaling how the Kingdom has rejected them.