Rabat - A conference held Friday in Tangier to discuss ongoing crisis in Rif region has called for the release of all detainees of the protests movement. 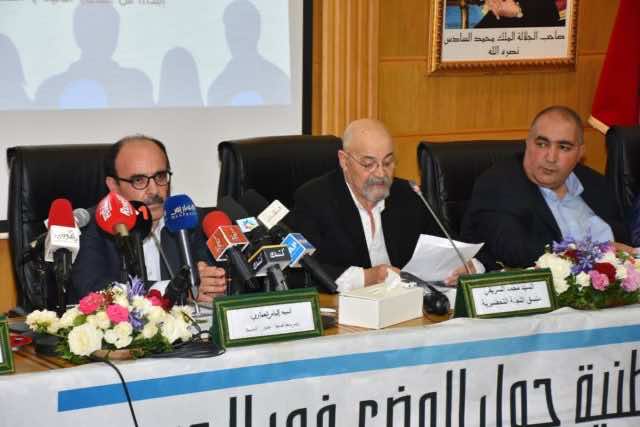 Rabat – A conference held Friday in Tangier to discuss ongoing crisis in Rif region has called for the release of all detainees of the protests movement.

Speakers at the conference, initiated by the president of Tangier-Tetouan-Al Hoceima region Ilyas El Omari, demanded that charges against the activists of Al Hirak protests movement in the city and region of Al Hoceima be dropped.

They also called for the decrease of excessive security presence in Al Hoceima. Investigations in violations of individual rights, including allegations of torture, must also be opened, said the conference.

The government was urged to put an end to the security approach it has adopted to deal with the current crisis in Rif.

The forum stated that a dialogue should be initiated in order to arrive at a solution to the urgent problems suffered by the province of Al Hoceima.

Prior to the conference, El Omari appeared on a TV program aired on the first Moroccan state-run channel and directed a set of accusations against the government, blaming for the deterioration of the situation in the province where demonstrations have been ongoing for eight months in a row.

El Omari stressed that the government has declined to engage in dialogue with protesters, which he said worsened the crisis in the Rif.

“Lack of dialogue led to an escalation of the situation even though protests were civilized and peaceful and the people’s demands were simple,” he said.

His accusations prompted criticism from members of the government who decided to boycott the conference.

“I’m wondering, what’s the point of attending your forum,” the State Minister in Charge of Human Rights Mustapha Ramid.

Both El Omari and members of the government have repeatedly exchanged accusations of negligence of Al Hoceima since the protests broke out in October 2016 following the death of Mouhcine Fikri, a local fish vendor who was fatally crushed while trying to retrieve merchandise confiscated by authorities and discarded in a garbage compactor.

Since then, protests have not ceased, with demonstrators calling an end to what they call “marginalization” of the area and the release of detainees after a chilling wave of arrests of activists and protesters in May and June.