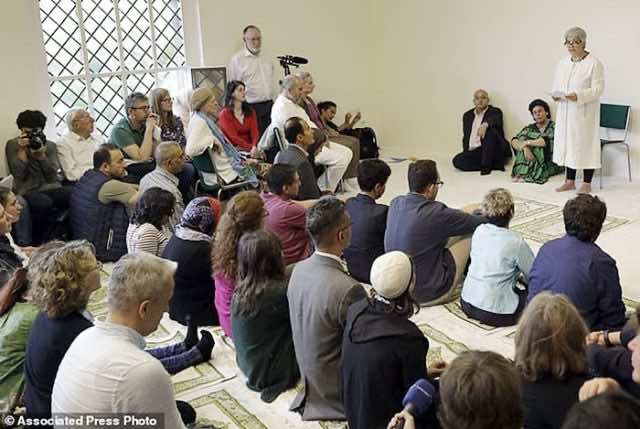 The first of its kind, the mosque has been opened as part of a reaction against conservative Islamic beliefs.

The mosque is named in honor of Arab Islamic scholar and philosopher, Ibn Rushd (Averroes), and German philosopher and poet, Johann Wolfgang von Goethe, and is located on the third floor of St.John’s church (Johanniskirche) in Berlin. 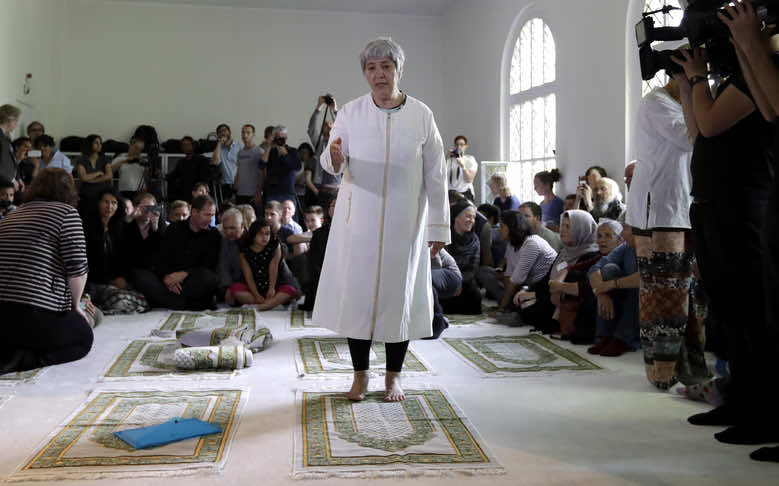 Men and women, without headscarves, prayed together led by a woman and a man. Atesgave the prayer’s sermon. 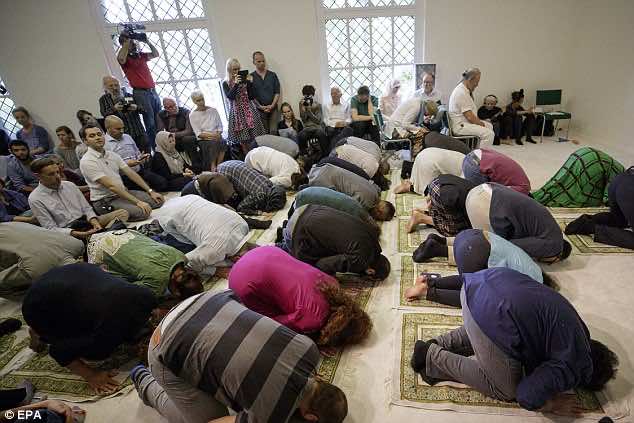 “I cannot tolerate the elimination of women in a hideous room and not to be allowed to play an essential role in the mosque,” Ates told DW.

The mosque allows men and women to pray together in the same room without issue.

Ates added that she is fully convinced that Allah loves men and women equally. “I demand equality between genders in mosques too.”

The mosque’s founder also stressed that “no one will be let into [the mosque] with a niqab or burqa veil for security reasons.”

She went on to add that” full-face veils eventually has nothing to do with religion,but is a political statement.”

The DW report has,however, sparked controversy, especially among Muslims. In Islam, women are not permitted to lead men in prayers under any circumstances.

Born in 1963, Ates is currently undertaking training as an Imam (the person who leads prayers in a mosque).