The video claims that a substantial gold reserve was discovered and is being extracted by a Canadian mining company called Maya Gold and Silver. 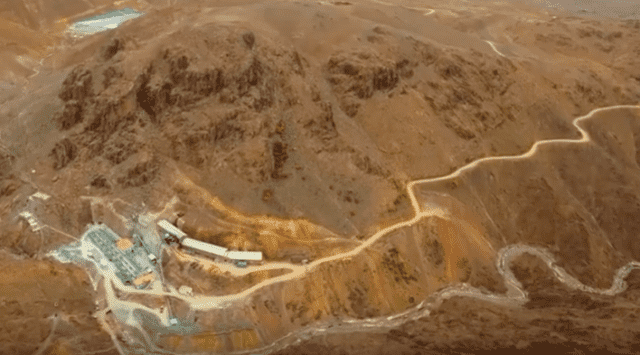 Rabat – Recently, a conspiracy theory video about a large gold discovery in Morocco is making rounds online, and some call it Moroccan Gold Eldorado.

We Moroccans are very proud human beings, we love our country and cherish every good news about it (the discovery of 300,000-year old homo sapiens fossils as an example), hence these types of news are not being questioned, on the contrary they are welcomed with open arms and believed as divine scriptures because they are yet another testimony of how rich our land is.

I don’t blame people who got carried away with excitement, after all, Morocco is an important player in the mining sector, we are the third largest producer and first exporter of phosphate, our land produces silver, cement, clays, copper, zinc, … and also gold to an insignificant scale.

Morocco’s gold production is at 1,200 Kg/year, this ranks us number 75 on the global scale.

Yet, some section of the population still discard these facts and believe Maya Gold and Silver discovered a massive gold mine, so I dived into its financials and I would like to share the findings here.

Maya Gold and Silver is a public company, their shares trade on the Venture exchange in Toronto and by law, they have to issue audited financial statements since they are a public company. ote: All dollar figures are in Canadian)

On the balance sheet, the company’s major assets are comprised of Cash, inventories and property, plant and equipment.

1.  Cash is reported as $4.2 million, however, the source of that is not from operations rather it’s from the issuance of new shares (diluting existing shareholders) and adding more long-term debt.

2.  Inventories are a mere $828,551 in precious metals. A far cry from the gold reserves that the company has supposedly found!

3.  Property, plant and equipment represent 75% of all assets, yet this number is inflated and should be discounted since the company routinely books impairment charges. (This happens when the value of the asset on the balance sheet is higher than the market value, the difference should be written down)

On the income statement, the company lost $4.5 million last fiscal year, 37% of the loss is attributed to management salaries, consulting fees, bonus payments and some other marketing fees. The rest of the expenses are financing, royalties and taxes. During the fiscal year 2015, the net loss was even worse, almost double. Up to date, the company has had an accumulated deficit of $43.8 million. The company also has no plans of turning any profit anytime soon.

The icing on the cake is the auditor’s report, here is an excerpt “Without modifying our opinion, we draw attention to Note 2 to the consolidated financial statements, which indicate the existence of material uncertainties that may cast significant doubt about the Company’s ability to continue as a going concern” Translation “We do NOT think the company can survive.

Canadian companies dominate the gold mining industry, 5 out of 10 largest companies are Canadians (Maya Gold and Silver is irrelevant), and also the biggest scandal in gold mining history was Canadian- a company called Bre-X Minerals.

This penny stock company reported that they discovered a large gold deposit in Indonesia, sending its stock price to over $280. The company collapsed in 1997 after the gold samples were found to be a fraud.

Maya Gold and Silver is not a fraud in my opinion; however, it’s not as exciting a company as people might think. As for the video circulating online, the financials are a proof that no meaningful wealth is being extracted from Moroccan mountains. 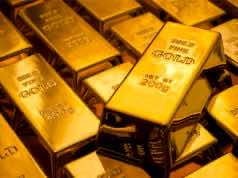