Rabat - Facebook user, Moul Foukiya, has denied allegations that a photo posted on social media is of Al Hoceima protestor being assaulted by police officers. 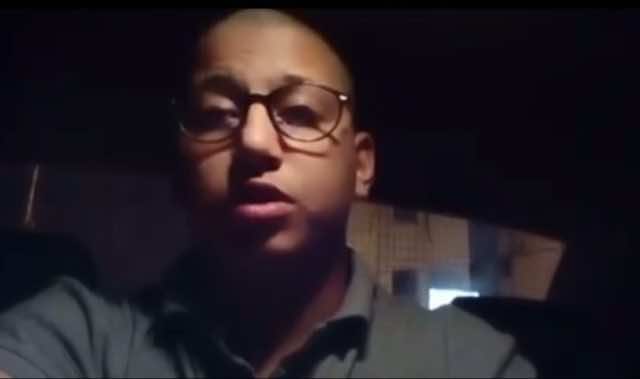 Rabat – Facebook user, Moul Foukiya, has denied allegations that a photo posted on social media is of Al Hoceima protestor being assaulted by police officers.

Foukiya took to his Facebook page to speak about the photo, which he said was taken of his friend last year, who was a victim of aggression carried out by two individuals in the city of Agadir.

“In June 16, 2016 – a friend of mine […] who lives in Agadir was returning his home aboard a motorcycle in darkness,” he said in a Facebook video. “Two people encountered him carrying a knife and a bottle. They beat him breaking his nose. They pulled him and started beating him with a stick. Then they took his motorcycle.”

Foukiya went on to add that he received the photos from friends two days after the incident, adding that they stood in solidarity with him after Moroccans launched a campaign with the slogan “Zero Grissage,” or in English, “Zero Assault.”

The campaign acknowledged King Mohammed VI as the supreme authority in Morocco and implored him to intervene to find resolutions to the phenomenon of criminal attacks. It also called for the security department to be more effective.

“I am the first one who posted his photos and many pages started sharing it after me,” Foukiya continued. “Few hours ago, I got surprised. My friend sent me a screenshot of a Facebook pages, including Rif Original and Fans of Nasser Zazafi, posting his photo, adding caption reads as ’June 16, 2017. This person subjected to oppression in Rif.”

Foukiya added that his friend commented on the photo telling him “this is a lie.” Then the administrator of the page blocked him.

He added that, after he also attempted to clarify that the photo dates back to the incident of his friend last year, he received heavy criticism from people.

“They told me where I was hiding when 2M and other channels used irrelevant fake riot excerpt in their reports to show the protests of Al Hoceima,” he said, stating that supporters of the protests should not follow in the footsteps of 2M and post fake news.

Foukiya explained that he supports the demands of Al Hoceima inhabitants. He did not, however, like people spreading fake news, adding that “people are not stupid to believe in anything.”