Rabat - Thanks to a new terminal, inaugurated by King Mohammed VI on May 29 of this year, the Fez airport is on target to surpass more than one million passengers for the year 2017. 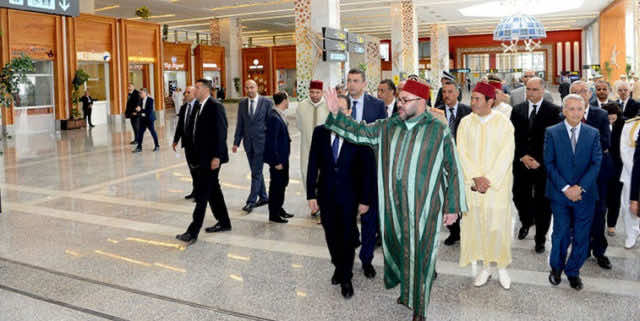 Rabat – Thanks to a new terminal, inaugurated by King Mohammed VI on May 29 of this year, the Fez airport is on target to surpass more than one million passengers for the year 2017.

Fez airport is only the country’s fourth busiest, behind Casablanca, Marrakech and Agadir. To date, it has accounted for just five percent of the country’s total air passengers.

In 2016, nearly 900,000 passengers were processed through a woefully inadequate terminal designed to handle only 500,000. The new terminal will increase passenger capacity to approximately 2.5 million.

So far in 2017, passengers traveling through the Fes airport have already risen by 13.6 percent, compared to an increase of just 1 percent for all of 2016. An increase of 12 percent was necessary to hit the one million passenger target for 2017.

Recently, Air Arabia Maroc announced it was adding eight new routes to its schedule, after the necessary increase had already been obtained.

The Fez airport is, therefore, virtually guaranteed to surpass the one million passenger target for the new terminal’s inaugural year.

It is worth noting that seat capacity is expected to rise by 30 percent over the summer, further boosting passenger figures.

The number one market for flights remains France which is five times bigger than the next largest market, Spain.