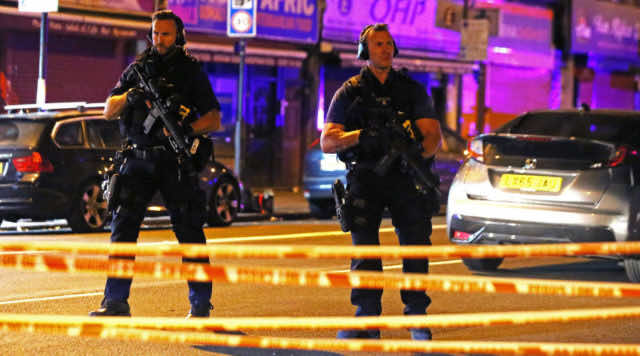 Rabat – Social Media users are showing their support of and expressing their sympathy for victims for the Mosque Attack in London.

After the London Bridge Attack and the Grenfell Tower Fire, London has witnessed another horrifying attack. This time the targets were Muslims as they were leaving the Mosque. The vehicular attack lead to the death of one person and the injury of 10.

Social Media users used many hashtags such as, #WeStandTogether and #FinsburyPark, in which they expressed their condolences and sympathy for the attack that targeted worshipers during Tarawih at the Finsbury Park Mosque, saying that they do not allow hate and terrorism to differentiate them.

Jewish voluntary nonprofit organization, Shomrim NE London, showed its support for the victims of the attacks, saying that they stand in solidarity with them.

#WeStandTogether in solidarity with the victims of the horrific terrorist attack in #FinsburyPark. Thoughts & prayers with all those affected pic.twitter.com/04kxobdpYN

Many Members of the Parliament also used the hashtag “#WeStandTogether” to show their support.

Horrific to see another terror attack on our streets. Thoughts with those killed, injured and affected#FinsburyParkattack #WeStandTogether https://t.co/nT35qOCHUD

Horrendous attack on people because of their Muslim faith near #FinsburyParkMosque. Thoughts+prayers with the victims.#WeStandTogether

Yesterday we joined the #GreatGetTogether for Jo. Today another terrorist attack shows why it matters more than ever that #WeStandTogether

British Boxer, Amir Khan, also used the hashtag and expressed his sympathy toward the victims of this attack.

English television presenter and model, Davina McCall, said “we need a multi faith solution. Where we all come together and stand united against hate.”

We need a multi faith solution. Where we all come together and stand united against hate ?? pic.twitter.com/0Fztvb54MD

Famous British novelist and author of Harry Potter, JK Rowling, tweeted about the incident in her account, supported the victims and criticized the media, more particularly The Mail, for not describing the attacker as a “terrorist” and using the words “white van driver.”

The Mail has misspelled ‘terrorist’ as ‘white van driver.’ Now let’s discuss how he was radicalised. pic.twitter.com/HPw2czZiV9

In another tweet, she praised the Imam of the mosque who called for people to stay calm and prevented them from harming the suspect of the attack.

The extraordinary decency and courage of this act has brought me to tears this morning. I hope this imam gets the recognition he deserves. https://t.co/SR5u6RRHG9

The attack took place near the Finsbury Park mosque in the center of London. A man drove a vehicle into a group of Muslims as they were leaving the mosque, leaving one person dead and several people injured.