Toronto - Arab and American sources have claimed that trade negotiations are underway between Saudi Arabia and Israel and have indicated the process may have started as far back as 2014. 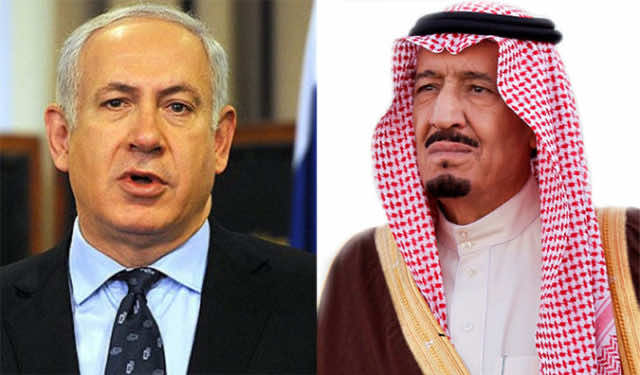 By
Constance Renton
-
Constance graduated from the Television and Radio Broadcasting Program at Canadore College in 1983.
Jun 19, 2017
Spread the love

Toronto – Arab and American sources have claimed that trade negotiations are underway between Saudi Arabia and Israel and have indicated the process may have started as far back as 2014.

Initially reported in The Times, these same sources have explained that any new trade arrangements between the two historic enemies will begin with a small footprint, mentioning that Saudi Arabia would be willing to open its airspace to Israel’s El Al.

Buoyed by US president Donald Trump’s recent trip to the region, which was touted by the White House as a diplomatic success, the Trump administration is impatient to start seeing public results.

News of the impending trade deal, however, has exposed yet another divide within White House factions. Trump son-in-law and star advisor to the president Jared Kushner is widely known to have formed a close relationship with Saudi Arabia’s deputy Crown Prince, Mohammed bin Salman. Both men see the opening of trade relations between the two countries as a possible way to bring about an Israeli-Palestinian accord.

Trump’s envoy to the Middle East, Jason Greenblatt, however, is opposed to the idea. He has opted instead for a more traditional approach to creating a lasting, peaceful solution.

Meanwhile, the Wall Street Journal has confirmed that the Gulf States have formulated a proposal by which the normalization of relations with Israel would begin. In exchange, Israel is expected to curtail its settlement incursions and begin relaxing trade embargoes in Gaza.

According to Israeli Defense Minister Avigdor Lieberman, the rift in the Gulf States represents an opportunity for economic cooperation. He also feels, however, that it is too soon to look upon this toe-in-the-water step as the beginning of the elusive Israeli-Palestinian peace.

“The Arab countries that cut off their diplomatic relations with Qatar did not do so because of Israel and not because of the Palestinian issue but because of their fear of radical Islamic terrorism,” the defense chief said.

The Palestinians, if asked, would say they are vehemently opposed to any trade deal, fearful it will dilute the process and relegate their bid for statehood to the periphery. The creation of a Palestinian state is of paramount importance to the Palestinians. It remains the core issue.

The Times report supports the notion that the recent blockade of Qatar by GCC countries, led by Saudi Arabia, was simply a way to pressure Qatar to drop its support for Hamas, thereby strengthening Israel’s position.

Not a New Idea

American and Arab sources cited in the Times report also claim the process began as far back as 2014. In August of that year, during the world assembly of Islamic scholars in Jeddah, head of the Saudi Foreign Ministry, Prince Saud Al Faisal announced, “We must reject planting hatred towards Israel and we should normalize relations with the Jewish state.”

The Jerusalem Post has reported that five secret high-level meetings have taken place between officials from Israel and Saudi Arabia since 2014. Counterparts have met in Italy, India and the Czech Republic, behind closed doors.

Arab press has reported these meetings include the arrival of officials from Mossad in Riyadh along with other Israeli security forces and intelligence agencies, to share interests and engage in negotiations.

It would be easy to see these two diametrically opposed nations as forever at odds with one another. And yet, they do share common concerns.

Of primary concern to both is the growing influence in the region of Iran. Each country expressed serious concerns over the Obama administration’s brokered nuclear deal with Iran. Israel bluntly called it “a historical mistake,” while Saudi Arabia viewed the deal as an enormous threat to its national interests.

In retaliation, Saudi Arabia began to cozy up to American arch-rival Russia, proving it was willing to seek out other allies if necessary. The strategy worked. The US administration was very worried and offered to support Saudi Arabia when it decided to bomb Shiite rebels in Yemen. It was even rumored at the time that the US persuaded Israel to provide the Saudis with invaluable intelligence data.

In an attempt to allay Israeli concerns over the Iranian nuclear deal, the US promised increased aid for each year of the Vienna Pact. It also promised to augment the supply of military arms and equipment to Israel.

After so many decades on opposite sides, Israel and Saudi Arabia found themselves with a common enemy to vanquish, thereby opening the doors to compromise.

Two thirds of the population of Bahrain, one of the Gulf state blockade countries, is Shia. There are large Shia populations in other GCC member countries as well. Sunni-controlled monarchies in the region, however, have expressed little to no interest in sharing their wealth and assets with the Shia communities within their own borders.  This is widely viewed as a weakness for Iran to exploit, at any cost.

Both Saudi Arabia and Israel fully expect Iran’s influence to grow in the region if gone unchecked, through its support of Hamas and Hezbollah and the Shia majority in Iraq.

The US, therefore, is hopeful that the establishment of trade relations between the two one-time quarreling nations will see the eventual creation of a regional bull-work against Iran.

It remains to be seen, however, how the remaining Gulf states will respond to this new found economic common ground. As long as Israel and Riyadh oversee the regional reaction, however, the US seems content, so long as all the interests involved depend on Washington in the end.