Rabat - The Judicial Police Division of Guelmim has arrested a group of nine people on the suspicion of being affiliated with a foreign drug trafficking network, the Directorate General of National Security (DGSN) announced in a statement. 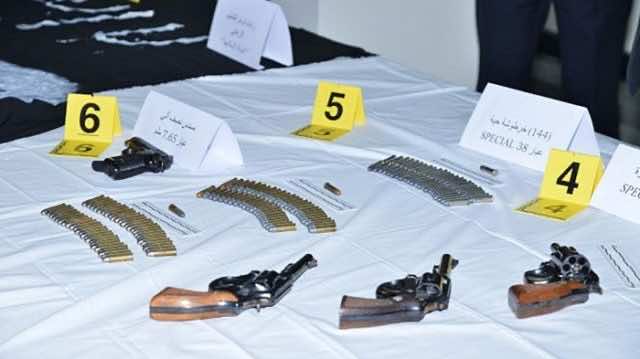 Rabat – The Judicial Police Division of Guelmim has arrested a group of nine people on the suspicion of being affiliated with a foreign drug trafficking network, the Directorate General of National Security (DGSN) announced in a statement.

The detainees, who are suspected trafficking drugs in the Sahel, are comprised of five Moroccans, one Malian, one Algerian, and two others from the Tindouf camps with an identity card issued by Polisario Front.

The arrest of the foreigners was in a camp of nomads in a town located between Asrir and Tighmert communes on the outskirts of Guelmim. The rest of the suspects were arrested in Tan Tan and Guelmim while preparing an international drug smuggling operation, said the DGSN.

The DGSN went on to add that a police inspection resulted in the confiscation of an automatic firearm and 47 9mm bullets which were brought from the criminal camps of Tindouf, as well as unlicensed hunting rifle with 205 cartridges, 10 mobile phones, including three for satellite communication, three cars, one of which had a fake license plate, and a large amount of money in Moroccan and Algerian currencies.

The suspects have been placed in custody under the supervision of the public prosecution, according to DGSN. The investigation is ongoing to determine the extent of the international network and its possible links outside Morocco.