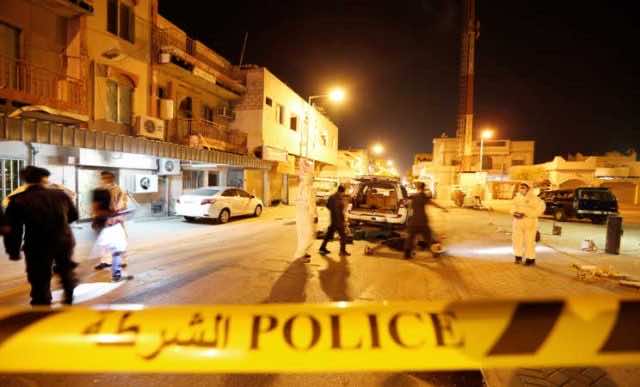 Rabat – Bahraini authorities announced on Tuesday the death of a person in a bomb attack in a village near Manama and the arrest of several suspects involved in the murder of a police officer last Sunday.

According to the Ministry of the Interior, the body of the person was found on Monday in a farm of the Shiite village of Hajar, specifying that his death was due to a bomb attack. The ministry did not specify the date of the bombing.

From Sunday to Monday and an another Shia village, a policeman on patrol had been killed and two others were wounded in a “terrorist” attack in the village of Diraz. The Bahraini authorities arrested “several suspects” linked to this murder.

Back in May 23, five protesters were killed in Diraz when police opened fire on demonstrators protesting the dismantling of a sit-in around the home of Bahrain’s Shia spiritual leader Sheikh Issa. A critic of the regime’s policy, he was sentenced to one year suspended prison for illegal fund-raising and money laundering.

Since the 2011 crackdown on a protest movement led by the Shia majority which demanded a genuine constitutional monarchy and an elected prime minister, demonstrations have shaken the Bahraini kingdom.

Dozens of Shias, including many opponents, have been sentenced in recent years to heavy prison sentences for violence that accompanied the protest movement.