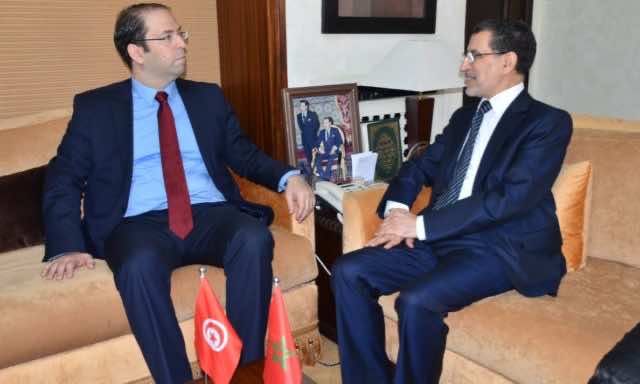 In the presence of Moroccan Head of Government Saad Eddine Othmani and his Tunisian counterpart Youssef Chahed, the agreements focus on investment, vocational training, higher education and employment between the two countries.

During his two-day official visit, Chahed underlined the need for the two countries to double their trade cooperation and anticipate promising future strategic agreements that respond to the aspirations of the two North African countries.

“The Commission has found the means to develop bilateral cooperation in the various fields, which can give this cooperation a global dimension in the interests of the two countries,” said Othmani and Chahed in a joint statement following their meeting.

Regarding the security issues faced by the region, the two heads of government expressed their condemnation of terrorism, saying that they have to intensify efforts to deal with the problem, which they stressed threatens the stability of the region.

Othmani said that Morocco and Tunisia share common interests on combatting serious phenomena that the region faces, including terrorism and human trafficking.

With regard to the Maghreb Arab Union, which has been blocked for many years, the two parties expressed their conviction to overcome the various forms of blockade that the Arab Maghreb Union (AMU) is experiencing in order to activate its institutions and support its structures and to revive Maghrebian common action.

The nine agreements signed were as follows: