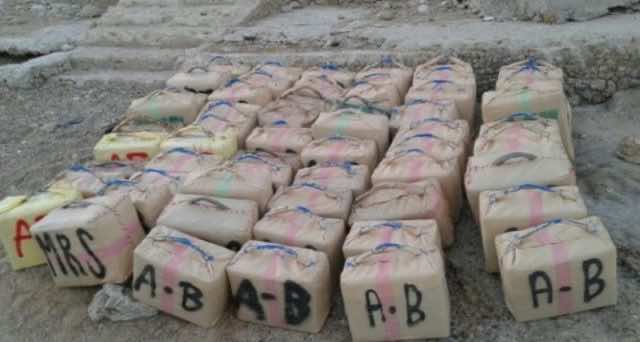 The Royal Armed Forces aborted the drug trafficking attempt at a beach near the Hercules Cave in Achaqar beach at around 4:30 a.m.

The quantity of the drugs found was about two tons of the unspecified substance.

The suspects were then transferred to the security headquarters of Tangier for questioning.

The two smugglers had been closely watched due for a special ambush later carried out by members of the Royal Armed Forces in Tangier.

The Royal Navy tracked a rapid rubber boat in which the smugglers tried to smuggle more than 59 packages of drugs with the letters “A” and “B” written on them.

Police are now tracking a Volkswagen vehicle that managed to escape from the cave of Hercules and is believed to have been charged with the drugs and transferred them to Achaqar Beach.