Toronto - For the first time since it began more than two weeks ago, the Trump administration is expressing doubts about the true motivation behind the blockade imposed on Qatar by six Gulf states, led by Saudi Arabia. 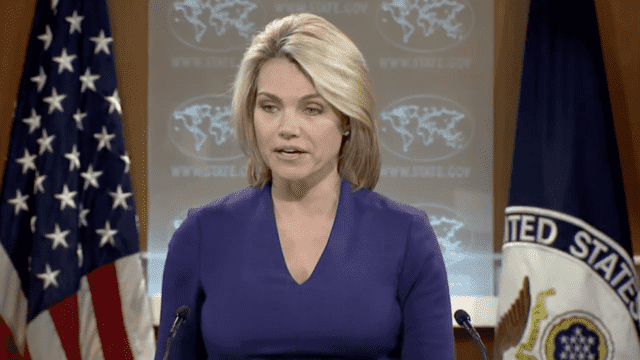 By
Constance Renton
-
Constance graduated from the Television and Radio Broadcasting Program at Canadore College in 1983.
Jun 21, 2017
Spread the love

Toronto – For the first time since it began more than two weeks ago, the Trump administration is expressing doubts about the true motivation behind the blockade imposed on Qatar by six Gulf states, led by Saudi Arabia.

In a statement issued by the US State Department on Tuesday, spokeswoman, Heather Nuaert, expressed US frustration over the difficulty in reaching a resolution as well as Saudi Arabia’s lack of transparency regarding the proof it claims to have regarding Qatar’s ties to terrorist funding and to Iran.

“Now that it’s been over two weeks since the embargo started, we are mystified that the Gulf States have not released to the public, nor to the Qataris, the details about the claims that they are making toward Qatar,” she said during a press briefing. “The more time goes by, the more doubt is raised about the actions taken by Saudi Arabia and the (United Arab Emirates).”

Qatar vigorously denied the allegations against it from the start. Two weeks earlier, it complained that its state-owned news agency had been hacked and fake news stories embedded in its system. An FBI investigation, conducted in Doha, confirmed the hacking and named Russia as the likely culprit.

From the start of the crisis, the worst in the Gulf region in years, the Trump administration’s handling of the situation has been inconsistent at best. At first the White House expressed support, claiming it as a victory against terrorist funding, saying it was a direct result of US President Donald Trump’s recent visit to the region.

In the days that followed, the white House was characterized more by noncommittal observation, appearing content to simply wait it out and see what developed.

Last week, however, seemingly at the urging of Trump, Secretary of State, Rex Tillerson, stepped up efforts toward finding a resolution, calling openly for all parties involved in the dispute to find a timely diplomatic solution.