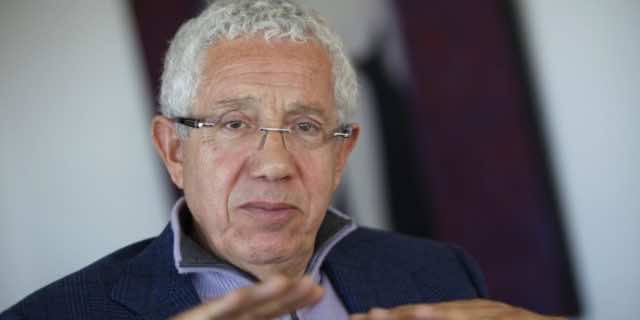 In an interview with Moroccan daily newspaper Akhbar AlYaoum, Ayouch stated that he agreed with the demands of Rif inhabitants, which he said reflected the problems facing the region.

Ayouch added that the Rif inhabitants have expressed their demands in a “very calm” and peaceful way, showing their“great ability” to stage demonstrations without damaging public property or engaging in violence.

“The Adl Wal Ihssan group was the only one that has this ability to organize [demonstrations] and it’s the [only] one that masters it,” Ayouch said.

Ayouch noted that after seven months of ongoing protests in which the Rif protesters have shown peace, they should be praised.

When asked why the demonstrations have started to feature aggressive behavior, Ayouch said, “there are mistakes commited when people protest time and time again in the first and second month… and no one listens to them. They resort to insults, and this is their right, since nobody has listened to them.”

“How can I demonstrate and nobody asks me me ‘Hold on – let’s check what’s the matter’?” he continued. “They [officials] have left them shouting and have turned a blind eye to their protests.”

Ayouch said that he disagrees with those who claim that the government is not responsible.

“I do not agree. They also say that there are other people who govern Morocco and the ones who do whatever they like,” Ayouch said. “For instance, the delay of forming the government was because of problems between the Head of Government and the State, which did not accept [certain] things.”

Ayouch went on to claim that Morocco has not yet achieved “democracy”.

“Whoever says that we are in a democratic country – they are lying. We are heading to democracy, and among the faults of this period is the intervention in the affairs of the political parties.”

Protests in Al Hoceima erupted after the October 2016 death of fishmonger, Mouhcine Fikri, who was fatally crushed in a trash compactor. Tensions and consequent demonstrations have intensified in recent weeks due to the arrest of the protest movement’s leading activist, Nasser Zafzafi.

The inhabitants of Al Hoceima and its surrounding areas now stage daily sit-ins calling for the release of the detained activists.