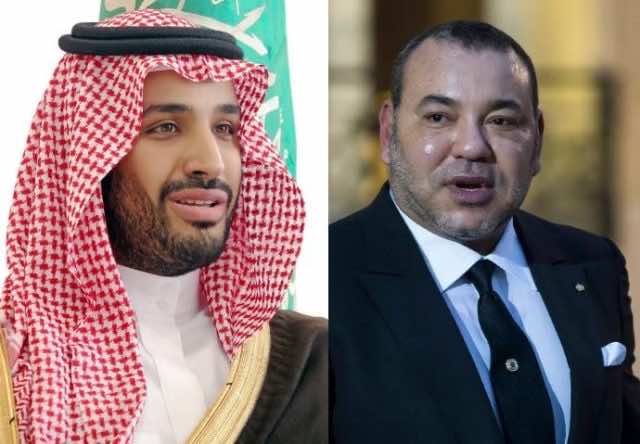 A statement released by the Moroccan Royal cabinet Wednesday said that King Mohammed VI spoke over the phone with Mohammed Bin Salman on the occasion of his appointment as Crown Prince and on the “trust granted to him,” wishing him “success in his supreme mission.”

“During this phone call, HM the King extended to HRH the Crown Prince his heartfelt congratulations for the trust put in him and his sincere wishes of full success in conducting his mission under the wise leadership of the Custodian of the two Holy Mosques,” added the statment.

The King also emphasized Morocco and Saudi Arabia’s sincere brotherhood and the distinguished relations based on fruitful cooperation and effective solidarity, noting Morocco’s keenness to further strengthen their ties in various fields.

The Saudi Arabia’s Allegiance Council voted 31 to 34 in favor of Mohammed Bin Salman, according to the Saudi channel Al Arabiya.

Prior to becoming next-in-line to the Saudi throne, Mohammed Bin Salman was in charge of his father’s royal court when King Salman was Crown Prince.

The reshuffle comes amid an unprecedented diplomatic crisis crippling the Gulf region after Saudi Arabia, the United Arab Emirates, Bahrain, and Egypt decided to sever diplomatic ties with Qatar, shutting down all air, land and sea borders with the gas-rich country.