Rabat - The speculations about the liberalization of the dirham are causing a great deal of dismay for Abdellatif Jouahri, Governor of Bank Al Maghrib (BAM). 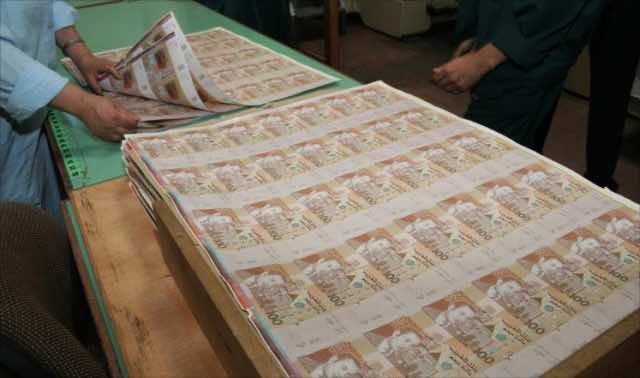 By
Chaima Lahsini
-
Chaima Lahsini is freelance journalist and activist with the Al-Fam collective in Rabat.
Jun 21, 2017
Spread the love

Rabat – The speculations about the liberalization of the dirham are causing a great deal of dismay for Abdellatif Jouahri, Governor of Bank Al Maghrib (BAM).

During the BAM Board meeting, held on Tuesday, Jouahri presented the findings of the central bank on the Moroccan economic situation. At the heart of the meeting: the flexibilisation of the exchange regime, and the fear of a devaluation of the dirham.

Days away from the introduction of the partial buoyancy of the dirham, the head of the Moroccan central bank expressed his strong disapproval of what he saw as commercial banks’ unfounded speculations.

A number of Moroccan banks have publicly anticipated a devaluation of the dirham as the implementation of the flexibility of the exchange rate regime approaches, with some even encouraging their clients to protect themselves in the face of an unlikely devaluation.

“I am unhappy, because the credibility of the central bank is being questioned!” Jouahri exclaimed. Long was gone the usually polished and technical tone of the central bank boss, blasting what he considers a “speculative attack” against the dirham on the part of the commercial banks of Morocco.

“There will be no devaluation, we are not in a situation of crisis of exchange. We are before a voluntary flexibilisation operation,” he all but roared at the probing questions of the journalist during the press conference held after the board meeting.

According to Jouahri, Moroccan banks have abused the currency hedging operations offered to their clients in recent days, lending credence to the rumor that the Moroccan currency could be devalued, and thus realizing margins on these instruments on their behalf.

As a result, economic operators, worried by the next reform of the exchange rate regime, rushed to the trading rooms to secure their future foreign exchange operations. The BAM wali revealed that “banks’ demand for foreign currency from Bank Al Maghrib has reached more than one billion dirhams per day over the last month.”

Between May and June, MAD 44 billion of foreign exchange reserves were consumed.

Jouahri believes that, because of the commercial banks behavior, “the credibility of the central bank has been questioned.” The Governor of BAM announced that in the wake of this situation, the Moroccan central bank will demand a justification of these currencies purchase operations. “The economic operators will realize that they have carried out covert operations that serve no purpose,” he continued.

According to the bank governor, there would be no risk that Morocco would lower the value of its currency, which he considers to be “properly oriented.” From a strictly technical point of view, nothing could justify a devaluation of the dirham, especially since the country has nearly six months’ worth of foreign reserves.

However, even if devaluation is unlikely, the possibility a slight correction of the dirham due to its buoyancy can not be totally excluded, which could have in part pushed some large companies and their banks to use hedging instruments.

Of course, if this “technical” correction were to occur, it would remain in very small proportions, as the Moroccan central bank has opted for a “partial and gradual buoyancy” which will not end for several years. The risk of a decline in the dirham’s exchange rate vis-à-vis the euro or the dollar will be firmly contained.

In a recent study published by Fitch Ratings last week, the firm explained that “the partial liberalization of the exchange rate regime in Morocco will have a limited impact on the country’s banking sector.” Fitch stressed that banks are unlikely to face significantly higher risks related to greater volatility in the exchange rate regime, because their exposure to foreign currencies in domestic activities is minimal.

Yet still, the reform scheduled for the end of June has made the sector feverish, fearing a depreciation of the dirham and a risk to the banks. However, the bank head made it clear frenzy will have no impact on the timing of the reform.

Jouahri announced a press conference with the Minister of the Economy by the end of June to announce the enactment date of the partial exchange rate flexibility.