Rabat - What first began as Yassmina El Farrisi’s participation in the long road to social justice and equity in the Rif was cut short by death threats, insults and harassment on social media, followed byher withdrawal from the organizing committee of the Hirak protest movement. 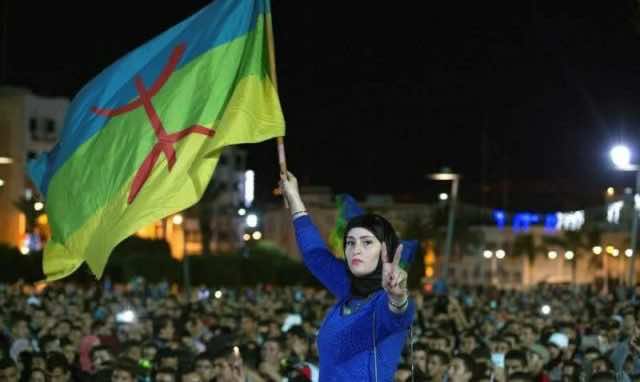 Rabat – What first began as Yassmina El Farrisi’s participation in the long road to social justice and equity in the Rif was cut short by death threats, insults and harassment on social media, followed byher withdrawal from the organizing committee of the Hirak protest movement.

In an interview with Morocco World News, El Farissi recounted her journey as an organizing member of the Rif protests and explained why she chose to stop demonstrating.

From the very beginning of Hirak Rif, El Farissi was the first female to join the movement. “I stood in the first lines of the protests, unmindful of the stigma attached to women going out and screaming in the streets of the Rif.”

The severe under-representation of Riffian people and particularly of Riffian women beat out El Farissi’s cultural conventions and habits. “I am not used to the culture of going out in demonstrations. I have never done so in the past. But the humanitarian side in me spoke out. I believe in working hard in order to achieve whatever aspirations we have.”

While audiences waited for Wonder Woman to step out from the screen and give a sense of entitlement to women’s power, El Farissi came out from the heart of a conservative society and volunteered to be part of the organizing committee of the Hirak.

“I volunteered along more than 30 people to organize the manifestations in the Rif. It was never for fame or reputation, as some claim. It was for my humble experience that I could share with my people to put an end to the discrimination and the suffering of the Rif.”

The voice of all people is an integral element in the success of every social movement, and this, according to El Farissi, was missing in the Hirak.

“I left Al Hoceima for two or three days, when I came back I learned that about three people from the committee had gathered in a cafe and prepared a document of social demands, without notifying the rest of the committee members,” said El Farissi, before questioning whether the document could actually represent the people’s demands when only two to three people prepared it.

The incident stirred El Farissi to reconsider her position among the organizers, as she had played “an important role which pushed the Hirak’s agenda to move forward.”

When asked about her contribution in the movement, El Farissi responded, “I have been the go-to person for many national and international media. I answered the questions of Moroccan journalists and also German, Spanish, Middle Eastern and French, which helped the Hirak gain global visibility.”

She added that “the attention given to me by media and my capacity, as a woman, to bring out concrete ideas that could lead the movement forward made those who claim to be leaders jealous. They started accusing me of betraying the Hirak, of being “makheznia” [a supporter of the system].”

Adding to these reason, El Farissi had a different approach to demand for her and her people’s rights. “I did not agree with the social demands they laid out. I think and I still think they’re Utopian,” explaining that “those three people, who take themselves for leaders ask the government to build a university, to make investments in the Rif. These are long-terms projects. Why don’t we start with the basics first?”

According to the activist, the fight for social justice should first start with asking for realistic demands. “It is true that we have a lack problems with education. Instead of aiming for a project that would take the government years to implement, why don’t we first ask it to send to the Rif more trained teachers for our pupils? And instead of demanding investors to come and invest in the Rif, shouldn’t we first ask for improving the roads, which are in  very [bad] conditions, and which facilitate the economic and investing penetration of the Rif?”

For refusing to let the movement be led by a small group of individuals, for being a woman, and for having different, and in her eyes more realistic, ways to deal with the social conditions in the Rif have led El Farissi to retreat from the organizing committee of the Hirak. Far from taking her out of the spotlight, this has made El Farassi the target of angry accusations of being “makhzenia” and threats on her life.

Active on social media and working on personal and collective projects other than the Hirak, El Farissi said that she is still true to the initial cause of the Rif and hopes to make of her home land a better place.