Rabat - Qatar’s ambassador to the US, Meshal bin Hamad Al-Thani, has resorted to history and sound logic to argue Qatar’s case that the blockade imposed on it by fellow Gulf states is without justification. 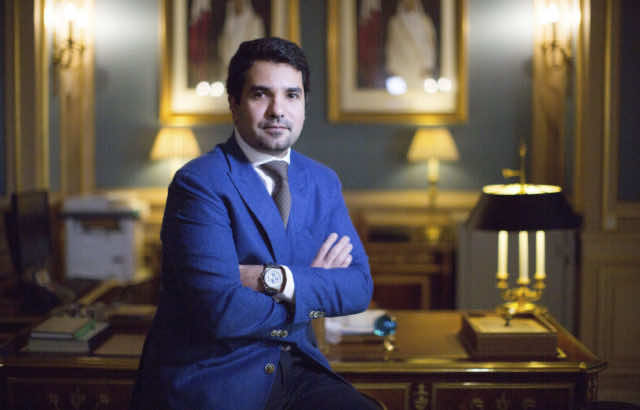 By
Constance Renton
-
Constance graduated from the Television and Radio Broadcasting Program at Canadore College in 1983.
Jun 23, 2017
Spread the love

Rabat – Qatar’s ambassador to the US, Meshal bin Hamad Al-Thani, has resorted to history and sound logic to argue Qatar’s case that the blockade imposed on it by fellow Gulf states is without justification.

In an opinion piece published in the Washington Post on Thursday, day 18 of the blockade, Al-Thani called it “a smokescreen for an attempt to infringe upon Qatar’s sovereignty and punish Qatar for its independence.”

At the heart of the blockade, which began June 4 when six Gulf states, led by Saudi Arabia, declared they were severing diplomatic ties with the besieged country, were allegations that Qatar had been financially supporting terrorist organizations and had become a clandestine ally of Iran.

From the start, Qatar has defended itself vigorously, claiming their state-owned news agency had been hacked and fake news stories embedded, an allegation fully supported by a subsequent FBI investigation into the matter. They publicly affirmed the hack and laid the blame squarely at Russia, accusing them of attempting to create instability in the region.

Addressing the first accusation, that of supporting terrorist organizations, Al-Thani recalled that, in fact, for decades Qatar has offered an open diplomatic door to the region in times of tension. In doing so, it has hosted negotiations with several groups such as Hamas, the Palestinian Authority, Israel, the Taliban and others.

Al-Thani was quick to assert, however, that welcoming these organizations under an umbrella of diplomacy, does not mean Qatar shares their views. Rather “Qatar has always believed that dialogue, negotiation and compromise are solutions to violence and conflict. We have fostered those discussions through an “open-door” foreign policy throughout our history,” the ambassador stated. He emphasized that “One cannot find, let alone reach, the negotiating table if the door is closed.”

Al-Thani added that Qatar’s diplomatic efforts in the region have been met with great appreciation by a succession of American administrations, saying that “Qatar has long been the region’s central negotiating table, and for that we will not apologize.”

Everybody Trades with Iran

As for being a secret ally of Iran, the ambassador reasoned that Qatar has been aiding the opposition forces during Syria’s civil war, directly opposing the Assad regime which is heavily supported by Iran.

He also brought to mind the fact that every Gulf country currently trades with Iran, including the United Arab Emirates (UAE), who are Iran’s largest Gulf trading partner.

So What is the Real Motive?

Nearly three weeks have passed since the blockade against Qatar began and there is still no sign of demands or proof of the allegations from the countries who imposed it. Al-Thani openly speculated as to the true reason for the rift, calling it an attempt to drive a wedge between Qatar and the US.

Other Gulf countries, he claimed, are jealous of Qatar’s independence. He maintained that, when speaking about diplomatic efforts, “There must always be a doorway to end discord.”

Al-Thani expressed pride in Doha’s place as a mediation hub for the region and expressed his country’s determination to continue along the same path, predicting that allowing the rift to alter Qatar’s ties to the US could have “profoundly negative effects” in the fight against Islamist terror groups.

The Worm is Turning

Sensing a shift in the climate, the ambassador echoed US State Department spokeswoman, Heather Nauert’s statement from Tuesday, when she announced during a press conference that “Now that it’s been over two weeks since the embargo started, we are mystified that the Gulf States have not released to the public, nor to the Qataris, the details about the claims that they are making toward Qatar. The more time goes by, the more doubt is raised about the actions taken by Saudi Arabia and the (United Arab Emirates).”

Vowing that the effort to divide Qatar and the US will not succeed, Al-Thani also recalled that it was tiny Qatar who welcomed an US military base years ago, when all other Gulf countries refused to surrender their soil to America.

“Qatar’s policies are rational, moral and just, and our efforts to foster dialogue and oppose tyranny will lead to a better future not only for our people but also for the world. Qatar has the right to chart its own course, without the interference of other nations, and that is what we can and will do. The door to the negotiating table will stay open.”