Rabat - The annual three-day meeting of US Black Chambers Inc, an association supporting the African American business community in the US, a sector worth USD one trillion, has highlighted the importance of doing business with Morocco. 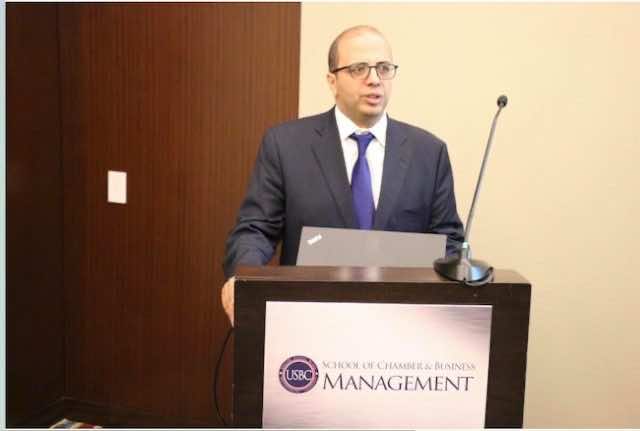 By
Chloe Koura
-
Chloé Koura is a final-year student of Arabic and Latin at the University of St Andrews.
Jun 23, 2017
Spread the love

Rabat – The annual three-day meeting of US Black Chambers Inc, an association supporting the African American business community in the US, a sector worth USD one trillion, has highlighted the importance of doing business with Morocco.

President of the Moroccan American Network Mohamed El Hajjam was a guest speaker at the conference and discussed the benefits of doing business in the Morocco. El Hajjam noted the kingdom’s security and stability compared to other African countries, its large economic potential, and its “geo-political position as the gateway to Africa and Europe”.

El Hajjam raised awareness of the southern Moroccan port city of Dakhla, a “focal point for infrastructure investment, south-south cooperation and a central focus of the Moroccan chambers of commerce.” To do this, he invited businesswoman Asma Graimiche, a co-founder of Dakhla’s International Film Festival.

Coming to the conference from Dakhla, “a city that has for years been ignored”, Graimiche confirmed EL Hajjam’s statements about the kingdom, saying that “Morocco is well positioned for investment from the U.S. in many areas, including media and film production.” She added that “some of the largest budget American films ever made were shot in Morocco.”

El Hajjam emphasised the Moroccan culture of hospitality and advised the attendees that patience was the main virtue to display abroad.

The conference discussed resources available for businesses doing international business, and how to decide with which companies to do business with abroad.

The “national voice of black business”, US Black Chambers Inc gives “committed, visionary leadership and advocacy in the realization of economic empowerment”. The American association creates resources and initiatives to “support African American Chambers of Commerce and business organizations in their work of developing and growing Black enterprises.”

The Moroccan American Network is a non-profit organisation that aims to bring together the Moroccan disaspora in the United States and “harness the potential” of the community. The association’s main objective is “to contribute to the socio-economic development of Morocco through the advancement of science, technology, innovation, creativity, higher education and R&D”

The Moroccan American Network’s next event will be a music festival in Washington D.C. in September, which will “showcase international artists in a collaborative exploration with their Moroccan, African and American roots.”