Rabat - Morocco and other friendly United Nations state members have thwarted maneuvers by Algeria and Venezuela to name the Polisario Front the representative of the Sahrawi people. 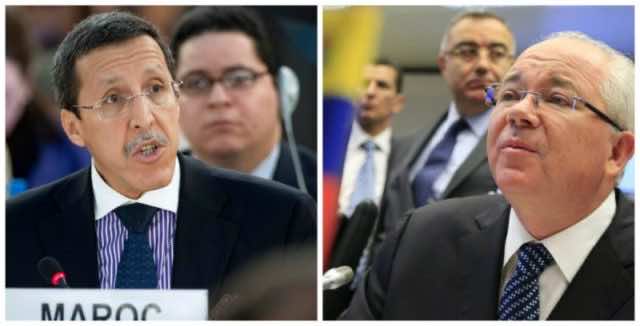 Rabat – Morocco and other friendly United Nations state members have thwarted maneuvers by Algeria and Venezuela to name the Polisario Front the representative of the Sahrawi people.

According to Moroccan state press agency (MAP), prior to the UN Special Committee on Decolonization meeting on Friday, Venezuela, which currently chairs the committee, attempted to introduce paragraphs to the draft of the committee’s resolution stating that Polisario is the representative of Sahrawis in Western Sahara.

The maneuvers, instigated by Algeria, Polisario’s main sponsor, and led by Venezuelan ambassador to the UN Rafael Ramirez, also sought to impose visits to the Western Sahara by the committee.

The Algeria-Venezuela machinations prompted Morocco and a number of allies to counter the proposals. Seven countries addressed a letter to the committee’s president, contesting the proposals to confer a status of Sahrawi representative on the separatist group.

On several occasion, the Venezuelan representative has tried to drag the issue of Western Sahara into discussion in UN meetings, prompting strong responses from Moroccan ambassador Omar Hilale.

Back in April, Ramirez intervened during a meeting to discuss the financing of the Sustaining Development Goals (SDG). He saw it an occasion to once again bring up the question of Western Sahara, saying the realization of the SDG objectives should take into consideration “occupied territories” including Western Sahara.

“Apparently the Venezuelan representative got it all wrong concerning the meeting and its agenda by mentioning Moroccan Sahara,” said Hilale.

Hilale, who has consistentlyrebuked the Venezuelan regime and its ambassador to the UN, reminded Ramirez and other UN state member states representatives that “Morocco did not wait for SDG to be adopted to launch a sustainable development model in the Sahara with a budget that amounts to USD 7 billion.”

He further explained that unlike the Venezuelan regime, which he describedas the “last dictatorship in Latin America,”the investment rate in Western Sahara “guarantees a sustainable development,” adding that “all components of the local population” are included in the process.