Rabat -  Algerian Prime Minister Abdelmajid Tebboune has responded to anti-Sub-Saharan migrants sentiments shared by some Algerians on social media this week, by saying his country is “not racist”. 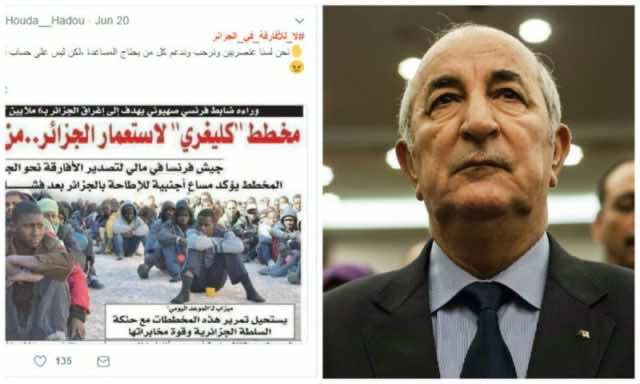 Rabat –  Algerian Prime Minister Abdelmajid Tebboune has responded to anti-Sub-Saharan migrants sentiments shared by some Algerians on social media this week, by saying his country is “not racist”.

Tebboune addressed the issue during a discussion on Friday at the National Popular Assembly (lower house of Algerian Parliament).

“On social media there are some calls to expel Sub-Saharan refugees,as if we [Algerians] were racist,” he said. The Prime Minister countered this, saying “we are not racist. Algeria is committed to open its doors for African and Arab refugees in line with our traditions of hospitality.”

While these calls have been denounced by Tebboun and many Algerians online, Algerian authorities have recently acted seemingly in accordance with this hashtag.

“A mass and summary deportation of migrants, including men and women who may have fled persecution or have worked for years in Algeria, would violate their rights,” said HRW’s Middle East and North Africa director Sarah Leah Whitson.

“The right of a country to control its borders is not a license for lawlessness.”

French language media both in Algeria and abroad described the “shameful” massive operation targeting the immigrants as “the chase of the black man”.

1,400 immigrants were tracked down by forces and shoved into buses that took them to Tamenrasset in the Algerian desert before they were their deported.

“If the reputation of Sub-Saharan Africa has long been built on its animal safaris where tourists from the North came to chase exotic animals, Algeria seems to have turned into a master in the game ofthe hunt of prey – also from Sub-Saharan Africa –  but of humans”, remarked Jeune Afrique.

The well-known French language magazine pointed out that the Sub-Saharan man-hunt was not the first in Algeria. In August 2016, around 400 immigrants from Mali were targeted.

Some Algerian media outlets started spreading conspiracy theories about a ”secret French and Zionist plot” to undermine Algeria’ security through pushing a large number of Sub-Saharan migrants into the country.

In another shocking accusation, Farid Ksentini, head of a state body in charge of promoting human rights, said Sub-Saharan migrants are responsible for the spread of HIV in Algeria.

Sub Saharan are not the only group of migrants apparently facing a hard time in Algeria.