Rabat - The Saudi-led alliance have finally provided besieged Qatar its list of demands to end the Gulf crisis and Qatar is having none of it, calling them neither “reasonable” nor “actionable.”

Rabat – The Saudi-led alliance have finally provided besieged Qatar its list of demands to end the Gulf crisis and Qatar is having none of it, calling them neither “reasonable” nor “actionable.”

On Wednesday, US Secretary of State, Rex Tillerson, urged the Saudi Arabia-led blockade countries to present Qatar with a list of demands that should be both “reasonable” and “actionable” to end the Gulf crisis that has plagued the region for nearly three weeks. The much-anticipated list was issued Thursday and, as many predicted, it did little to calm the situation or encourage dialogue.

“This list of demands confirms what Qatar has said from the beginning – the illegal blockade has nothing to do with combating terrorism, it is about limiting Qatar’s sovereignty, and outsourcing our foreign policy.”

Echoing the recent sentiments of US and UK officials who had each urged pragmatism and calm, he said: “The US secretary of state recently called upon the blockading nations to produce a list of grievances that was ‘reasonable and actionable’. The British foreign secretary asked that the demands be ‘measured and realistic.’ This list does not satisfy that criteria.”

What are the Blockade Countries Asking For?

The demands being hotly disputed include the closing of government-funded network, Al Jazeera, shutting down a Turkish-operated military base inside Qatar and decreasing its ties with regional pariah, Iran, who has been supporting Qatar during the blockade with food and other necessary supplies.

The demands include also severing of any and all ties to Hezbollah, al-Qaeda, the Muslim Brotherhood and ISIS, among other organizations deemed terrorist.

Perhaps most demeaning for Qatar, is the demand that they submit to monthly compliance audits for the first year. During the second year, these would decrease to quarterly occurrences, followed by annual inspections which would continue for a subsequent ten years.

Finally, echoing the fateful 1919 Treaty of Versailles, Qatar would be required to agree to pay reparations and/or compensation to anyone deemed to have loss his/her life or incurred financial hardship as a result of Qatar’s recent policies.

One detail notably absent from the list of demands, is any indication of what will result should Qatar refuse to comply.

Reaction to the Demands

As predicted, the reaction to the list of demands has been swift. Qatar’s ambassador to the US, Meshal bin Hamad Al-Thani, took to Twitter to express his frustration and outrage, saying “The list of demands circulated in media clearly indicates that this dispute is not about our neighbor’s false terrorism allegations.”

He continued in a second tweet. “The list is an attempt to suppress free media & freedom of speech. And infringe upon our sovereignty & punish Qatar for its independence.”

In an interview with targeted Al Jazeera, Amir Handjani, a senior fellow at the Atlantic Council predicted no quick end to the crisis with this list of demands. “This is a very aggressive position that the Saudi-coalition is taking. I think it’s an opening gambit in a long, protracted negotiation,” he said.

The demands are, Handjani said, tantamount to asking Qatar to relinquish any vestige of independence, something the tiny country of just 2.7 million people will simply never agree to even considering. “The Saudis are signalling to the Qataris that they are willing to dig in. And I think the Qataris are not going to cave. So I expect tensions to rise,” he explained.

Still, he sees reason to be hopeful. “I am sure as temperatures rise, other countries such as the United States, the UK, the French – who have longstanding ties with the GCC countries … will step in and try and play a mediating role,” he said.

Cryptically silent for most of the crisis, the white House announced on Friday through press secretary, Sean Spicer, that it officially considers the crisis to be a “family issue.” This is in sharp contrast to the initial bluster with which US President, Donald Trump, greeted the blockade. When the six Gulf states, led by Saudi Arabia, announced they were severing ties with Qatar on June 4, citing its alleged support of terrorist organizations, Trump crowed about his recent trip to the region paying quick dividends.

That initial reaction was quickly followed by days of virtual silence until it was finally broken by US State Department spokeswoman, heather Nauerti, (not last week, just Tuesday, please be careful with the dates, this is not the first time this happens and you know it. who announced that the White House was “mystified” by the protracted nature of the crisis. She also expressed growing doubt as to the true motivation behind the blockade, indicating it seemed more tied to pre-existing tensions than to any genuine concern for combatting terrorism.

Finding itself targeted on the list of demands required to end the crisis in the Gulf, Al Jazeera has come out swinging and is amassing some impressive support throughout the journalistic community. Alexandra El Khazen, head of Middle East and North Africa desk at Reporters Without Borders, expressed the grave concern being felt at the possibility of such a demand being implemented. In an interview with the network from Paris, she said: “We are against any kind of censorship and measures that could threaten the diversity in the Arab media landscape and pluralism, for instance.”

Lauding the importance of a free and balanced media, Khazen added: “The Arabic media landscape should make room and accept the broadest range of viewpoints instead of adopting repressive measures against alternative viewpoints that are found to be critical of some governments.”

Human Rights Watch official, Sarah Leah Whitson, emphasized in her Twitter response that the closing of Al Jazeera and other smaller media outlets named in the list of demands, would have far-reaching consequences across the Arab world.

“The UAE and Saudi demand that Qatar shut down Al Jazeera doesn’t just punish Qatar; it punishes the millions of Arabs in the region from important news coverage. This is just an attempted expansion of the cowardly censorship they have inflicted on their own citizens, but it will fail.”

Giles Trendle, acting managing director of Al Jazeera English, expressed shock at the demand, saying “We are stunned by the demand to close Al Jazeera.”

“Of course, there has been talk about it in the past but it is still a great shock and surprise to actually see it in writing. It’s as absurd as it would be for Germany to demand Britain close the BBC,” he continued.

Connecting calls for Al Jazeera’s closure to the 2011 Arab Spring, Trendle concluded with this final message:

“We call on all governments to respect media freedom. We hope other media organisations will support our call to defend media freedom.”

In the meantime, after receiving the list of demands Thursday, via its foreign affairs office, Qatar is hard at work on its official response. A statement released by the ministry of foreign affairs said:

“The state of Qatar is currently studying this paper, the demands contained therein and the foundations on which they were based, in order to prepare an appropriate response to it and hand it over to the state of Kuwait.” 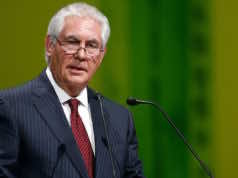 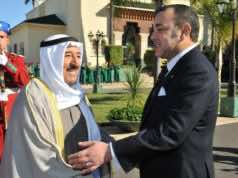