Rabat - King Mohammed VI received Sunday at Casablanca’s Royale Palace a group of Walis and Governers that they were appointed at different regional and central departments of the Ministry of Interior. 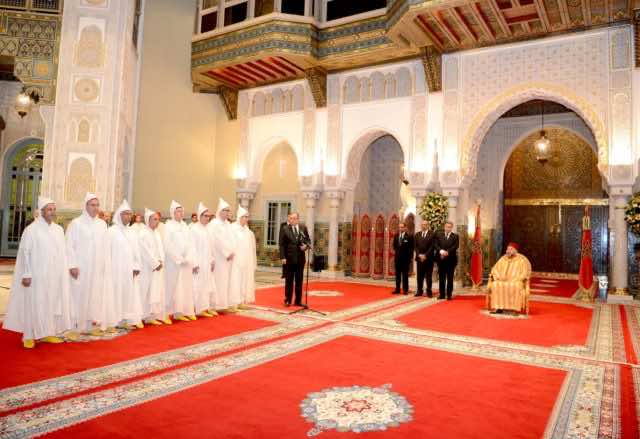 Rabat – King Mohammed VI received Sunday at Casablanca’s Royale Palace a group of Walis and Governers that they were appointed at different regional and central departments of the Ministry of Interior.

The list of the new appointee representatives of the Ministry of Interior is as follows:

– Mohamed Faouzi, Governor-Secretary-General of the Ministry of the Interior.

– Zineb El Adaoui, Governor-Inspector General of the Ministry of the Interior.

– Mohamed Mhidia, Wali of the region of Rabat.

– Ahmed Hajji, Wali of the region of Agadir.

– Mohamed Naji Abhay, Wali of the region of Guelmim-Oued Noun.

– Farid Chouarek, Governor of the province of Al Hoceima.

– Mohamed El Guerrouj, Governor of the province of El Jadida.