Rabat - The Moroccan Philharmonic Orchestra (OPM) will perform a range of Mozart’s works in two free July concerts in Rabat and Casablanca to wrap up the cultural season. 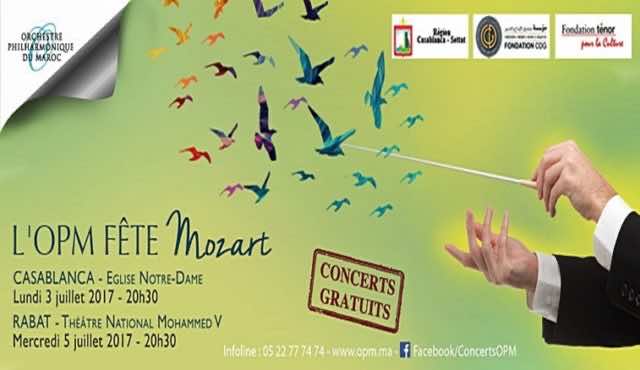 Rabat – The Moroccan Philharmonic Orchestra (OPM) will perform a range of Mozart’s works in two free July concerts in Rabat and Casablanca to wrap up the cultural season.

The first concert will be performed in Rabat’s National Theater Mohammed V on July 3, and the second will take place in Casablanca’s Notre-Dame Church on July 5.

The OPM announced that 80 musicians will take part in the performances, which have promised to to perform Mozart’s most famous symphonies as well as his requiems.

The concert will be led by led by Denis Comtet, who is known internationally for being one of the most popular French choirmasters.

Wolfgang Amadeus Mozart, a prolific and influential composer from the classical era carried produced over 600 symphonies, concertos, operas and requiems before he died at 35.