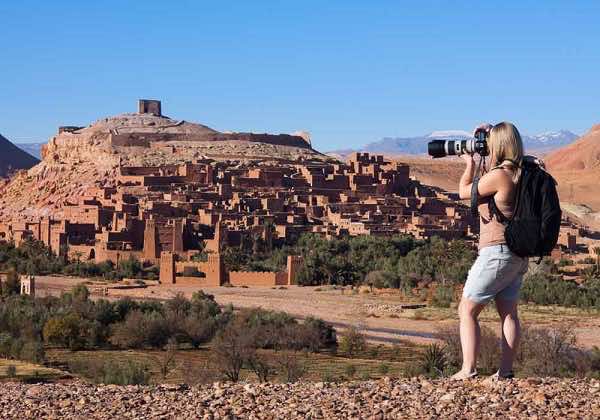 Rabat – Thanks to government programs like Plan Azur, tourism has quickly become one of Morocco’s largest industries. With a total of 75.67 MAD ($7.55 Billion USD) brought into our economy by foreign travel, any cuts to the travel industry are something that we cannot really afford.

Due to conflicts with the US immigration policy, the EU will be voting to end visa-free travel for all US citizens. With increased barriers to entry, it’s possible that this move could have negative effects on our economy. That being said, there are still many alternatives that could prevent this from having a major impact.

Outdated Visa Requirements
With most developed countries having access to visa-free travel, Morocco’s visa application process must be done in person. Although it is a fairly straightforward process, it poses a risk that many travelers are not willing to take. If somebody was to be rejected for a visa, they would still be responsible for the cost of flights. One way that this issue could be addressed is by modernizing our visa application process.

For example, many countries are now offering evisa programs. Travelers looking to earn a Malaysia evisa can do so in as little as 48 hours, and the program is inexpensive to implement. The Malaysian eVisa acknowledges that you can visit the country for a period of thirty days and it’s highly popular amongst Indian tourists. The borders of Morocco are open for European visitors. However, they must take their passport as it is a mandatory requirement for access.

Continued Appeal to EU Markets
Another option for the travel industry is to increase appeal to EU members. Countries using the Euro as their currency have experienced record levels of inflation over the years, and the comparatively low valuation of the Dirham makes our hotels, restaurants, and activates a budget friendly vacation. King Mohammad VI has already initiated a popular advertising campaign that has increased travel from Spain and France. This campaign can be expanded to target Britons, as well as other EU members to compensate for lost revenue from the US.

Improvements to Open Skies Agreement
When the Open Skies Agreement was enacted in 2006, there was a massive influx of low-cost flights to local destinations. This alone laid the foundation for the Moroccan travel industry, making development projects possible. This strategy could be improved, with a government subsidized airline. The same approach was taken by Iceland. The government run Icelandair isn’t a profit maker but brings in traffic to the country. Iceland air has allowed their tourism industry to thrive, significantly contributing to the local economy.

What This Means for the Tourism Industry
Changes to the EU’s visa regulations certainly pose a risk to our travel industry, but it would appear that there are many options. The possible reduction in US visitors is offset but the appeal of Morocco as a destination for EU citizens. That being said, it’s clear that steps need to be taken to address these changes. Our travel industry has experienced explosive growth, and it’s essential that the industries strategy and vision continue to adapt if we hope to meet the goals set out in the Vision 2020 plan.